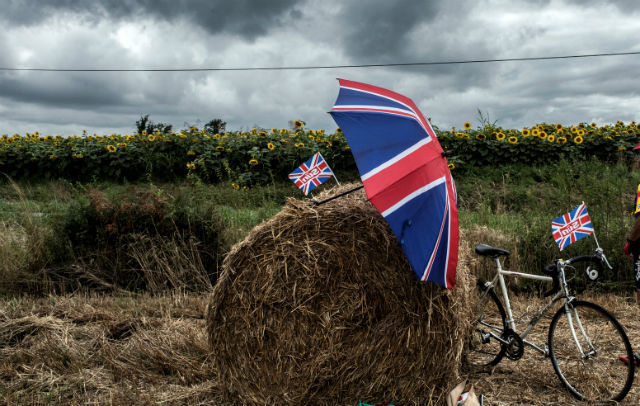 Brits in France and around Europe are less than happy at the current state of Brexit negotiations, describing last week's transition deal as “clear as mud”.

The British Embassy in Paris attempted on Monday to at least shed light on a few of the ongoing issues Brits in France face with official Brexit day (March 29th 2019) just over a year away.

The embassy held a live Q&A session on its Facebook page on the subject of the ongoing Brexit negotiations and the current outlook on the rights of British citizens living in France.

We've picked out a few of the questions that we think are most relevant to our readers and the answers provided by the embassy.

Question: Is it clear, as yet, if France aims to echo the proposed residency requirements for Britons being outlined by the UK for EU citizens hoping to reside in the UK?

British Embassy Paris:  The rights to residency will be the same as the agreement is reciprocal. On the process for confirming those rights, France can either choose to go down a declaratory (i.e no new form until you need to prove the rights) route or to implement an application process. We continue to engage with the French on this issue and will communicate once we know more.

Question: Will Brits be obliged to obtain the carte de séjour? Also any facilitation if partner (PACS) and children have French nationality?

British Embassy Paris: You have the right to a carte de séjour as a British national but are not required to. We are talking to the French Government about the process they will put in place once we leave the EU, as we have in the UK – that will also cover your questions on family, etc. As you may know some people are choosing to apply for a carte de séjour now as a means to prove their permanent residency in France ahead of Brexit.

Question: Should we be applying for a carte de sejour now?

British Embassy Paris: You have the right to a carte de séjour as a British national, but it is not obligatory at present. We are talking to the French Government about the process they will put in place, as we have in the UK. In the meantime it does make sense to get your paperwork in order to speed things up in due course.

British Embassy Paris:  As a UK national you don't currently need a carte de séjour but you can apply for one now if you wish. We don’t yet know if the French will bring in a new process for registration but we are talking to them about that and will communicate it widely once we do. On nationality, you can ask for French nationality and still keep your British nationality, but of course the decision on whether to apply is a personal choice. Question: Could you provide free documentation and translation services for those of us who want to take the nationality of a more sensible country – one that doesn't stuff their citizens and then can't be bothered to turn up to a Q&A on time? Not asking for a friend…

British Embassy Paris: We understand the frustration and strength of feeling on these issues, but we hope the meetings and information sessions like this show how much of a priority this is for us – we are answering everyone’s questions but want to make sure the information is accurate which sometimes takes several minutes.

Decisions on nationality are for individuals, but both the UK and France allow dual nationality so that would not be an issue. On your current rights, the agreement from December, now translated into legal text with Mr Barnier’s team should provide reassurance about your status in France.

Question: Will the French government provide a simplified or fast-track format for those eligible to apply for French citizenship?..the current two year waiting list is not acceptable.

British Embassy Paris: We have not heard of plans for a fast-track citizenship process in France. But we are talking to the French Government about the system they will put in place to provide for the rights guaranteed under the Withdrawal Agreement. As we have in the UK, we are urging them to include British nationals in the consultation process on that system – and to keep it as light touch as possible. As soon as they confirm how they will be dealing with this we will share the information.

Question: We live, 9 months of the year in France at the moment, how will we be affected after Brexit?

British Embassy Paris: If you are legally resident in France before the end of the transition period (31 December 2020), then your ability to live here for nine months of the year would not be affected. However, not knowing your particular circumstances, we can’t comment on residency (i.e tax, etc) situation and you may want to seek advice on that.

Question: Is there a date limit on establishing reciprocal healthcare? Once S1 is registered with CPM will it be for life?

British Embassy Paris:  Existing residents will be covered, and the same is true for those resident before the end of the implementation period. If you have registered your S1 with the CPM it should be adequate though we are awaiting further update from the French Government on the system, if any, they will put in place for registration – which goes beyond healthcare.

Question: Will the double tax treaty (between Britain and France) stay in place?

British Embassy Paris: The short answer is yes. The UK’s exit from the EU won’t change existing tax arrangements – the UK has a double taxation agreement with all EU Member States. Question: I really want to know why the government persists in stating that citizens' rights have been done and dusted and that we shall be able to live 'broadly as before'. Within that weasel word 'broadly' is the removal of our freedom of movement. For many this means loss of livelihood. Why is this not being acknowledged?

British Embassy Paris: Thanks for this and we completely understand your point. We have been very clear that not everything is sorted and the issue of onward movement that you raise is a key part of that – and something we have been advocating since the start of these discussions. It is encouraging that the European Parliament agrees with us on this point but we need the Commission and the other EU Member States including France to do so too. We’ll keep fighting for this in the coming negotiations.

Question: Why is the government proceeding with Brexit when their own economic forecasts are catastrophic ? Are they putting party before country ?

British Embassy Paris:  As the Prime Minister has said, we are respecting the the result of the referendum.