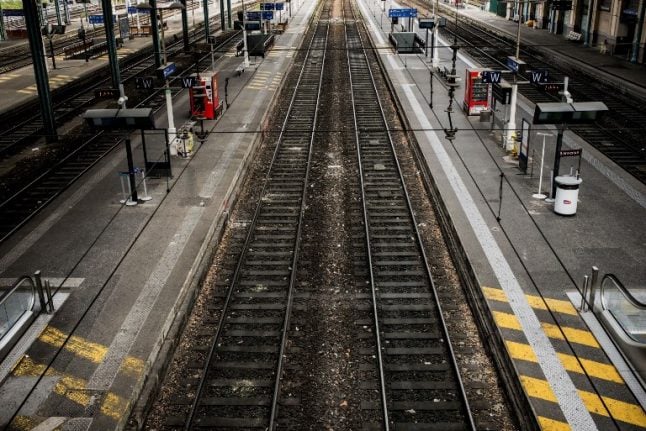 Thursday's strike looks set to be one of the biggest shows of opposition to the president’s agenda since he came to power last May.

And the strikes and day of protests are just a taster for what could come later in the spring with rail workers having announced 36 days of rolling two day strikes from April until the end of June. (Check dates of strikes here)

President Macron and his government will be keeping a close eye on Thursday to gauge how bad things might get next month.

Workers in different sectors have different reasons for going on strike or joining street protests but they are all demonstrating against the Macron reforms that affect them.

Most civil service unions have called for a day of strikes to oppose a proposed shake-up that will see pay freezes, changes to sick pay, some workers being offered redundancy packages and a more wide spread use of short term contracts (see link below).

School and hospital staff, civil servants, air traffic controllers will all join the work out of public service workers.

Why France's public service workers have so many gripes against Macron

Employees at the SNCF national rail company are angry at reforms which include plans to end the the special employment status enjoyed by many railway workers, which include early retirement and life-long job security. Although only new recruits will be affected.

Rail unions have called on them to join the civil servants’ protest.

Laurent Brun, head of the CGT Cheminots rail union, said the government would “bear responsibility for a very long and intense battle” in forcing through changes to the rail network. The government argues that SNCF is saddled with 46.6 billion euros ($57.3 billion) of debt. The SNCF runs trains at a 30 percent higher cost than European neighbours.

Workers at the RATP Paris Metro authority have also been asked to strike in solidarity with civil servants.

Teachers’ unions have also called on education workers to take to the streets to demand more jobs to be able to properly carry out reforms such as cutting class sizes in poorer neighbourhoods.

Air traffic controllers are expected to join the protests to put pressure on the government to create more jobs in their sector. On Wednesday morning

What will be the impact of the strikes?

The government is bracing for major disruption, particularly to public transport, and “limited” strikes at schools and nurseries. On Thursday unions revealed that on average across the country one in four primary school teachers will join the strike. However in Paris and the surrounding area half of teachers will walk out.

Indeed Thursday could see the biggest disruption to public services since Macron came to power.

It is impossible to predict how many people will go on strike or turn out for street protests. The protests that met his first reforms – of labour law – eventually fizzled out, but his plans to overhaul the civil service have sparked far more serious opposition.

The impact on train travel will be major, the SNCF announced on Wednesday morning.

Only 40 percent of TGV services will operate and only half of the local TER trains. In the case of Intercité trains there will be even more disruption with only 25 percent due to be running.

In the greater Paris region of Île-de-France commuters faced travel misery on Thursday with SNCF stating that only one third of trains will be running.

The SNCF is set to give more detailed information later on Wednesday morning which should allow passengers scheduled to travel to know if their train has been affected.

Eurostar told The Local they were still unsure if services would be impacted on Thursday.

Hi, we don't know yet how or of Thursdays train will be affected. The link we have sent you will be updated as and when we have more information.

After being told how many workers will answer the call to strike, Paris transport authorities believe Metro and bus services in the capital won't be greatly impacted by Thursday's strike.

However RER B and RER A services will be reduced by a third during rush hour, so you can expect trains to be busier than usual.

And anyone travelling through Gare du Nord on the RER B will have to change trains and that will include those heading to and from Charles de Gaulle airport.

Air traffic could be seriously disrupted on Thursday due to the controllers’ strike. French aviation authority the DGAC has asked airlines to cut services at the three Paris airports CDG, Orly and Beauvais by 30 percent.=

The main airlines affected will be Air France, Ryanair and easyJet.

Flights from the following airports will also be hit: Bordeaux, Toulouse, Marseille, Lyon and Nantes.

Note that disruptions to planes and trains could begin on Wednesday evening when workers walk off the job and last until Friday morning.

Passengers are urged to check their bookings with their airlines to see if their flight has been cancelled. They may be entitled to compensation and should ask the airlines.

To make matters worse for plane passengers, unrelated disputes will see Air France staff go on strike on Friday, and pilots from the airline Hop!, its domestic subsidiary.

Where will the strikes and protests take place?

They are due to take place across the entire country, with street protests planned in 140 different towns and cities. How bad could the strikes get over the coming months?
Macron has so far been spared the scale of industrial action seen under his Socialist predecessor Francois Hollande, but tensions have been growing.
Though surveys suggest a majority see rolling rail strikes as unjustified, they could potentially be the biggest since 1995, when weeks of walkouts paralysed the national network.
Tens of thousands of people have already taken to the streets in three rounds of protests over Macron's labour reforms.
Retirees have come out to demonstrate over tax changes that reduce their pensions and prison guards staged nearly two weeks of protests in January over security risks and poor pay.
Care workers have gone on strike twice in six weeks over stretched resources and unsanitary conditions in many state retirement homes.
And students have also taken to the streets over planned changes to university access, though in relatively small numbers.
*ALERT –  Please note The Local France will soon be (very politely) asking regular readers to consider paying a small amount to become members to be able to continue reading all of our articles. We know many readers might be upset by this but really hope you stay with us. Find out more here.“