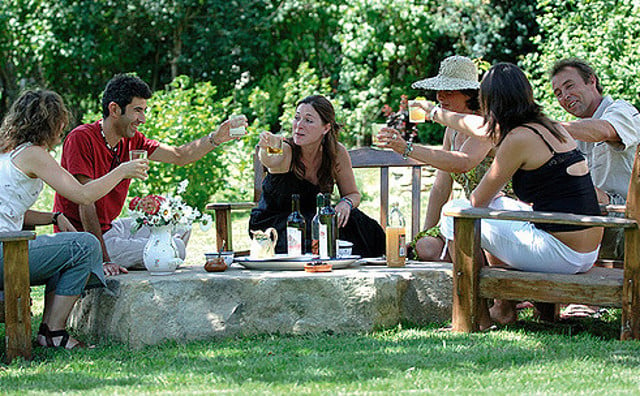 Photo: ADT 04/Flickr
The press release from InterNations, a website for people who live and work abroad, said that its 'Expat Insider survey' showed that France came a lowly 55th out of 65 countries in terms of friendliness towards foreigners.
Although it's worth mentioning that France placed ahead of the UK (56th), Denmark (60th), Switzerland (63rd) and Austria (64th).
But why is this the case for France?
InterNations sums it up as follows: “Expats find it hard to integrate and seem to struggle with the unfriendly attitude among the local population.”
According to their survey, exactly three in ten respondents, or 30 percent, among those living in France rate the local population’s attitude towards foreign residents negatively.
That's almost twice the global average of 16 percent.
'France continues to perform poorly in terms of the local population’s friendliness towards foreign residents, demonstrating little change over the last few years,” read the survey. “Expats do not only struggle with making local friends, but they also do not feel at home in the French culture.” In order to back up its ranking, the website cites a few unnamed foreigners living in France who took part in their survey.
“Most French are not really interested in making friends with people outside their family and existing social milieu,” said an American expat.
And the survey went on to say that 43 percent of expats describe the French as distant, with another 45 percent believing them to be reserved.
The French “can be dismissive and unwelcoming,” a British respondent told the website.
The language seemed to play a major role, with one expat from New Zealand saying that “the language barrier is difficult” and another respondent from Kazakhstan adding that “without knowing the local language, foreigners are isolated and feel lonely”.
In fact, 15 percent state that they frequently or constantly felt unwelcome in France due to their language or accent. This was more than twice the global average (7 percent) and a higher share of respondents than in any other country. 'Absolute rubbish'
But neither the results nor the comments seemed to tally with the experiences of many of our France-based readers, or indeed our own.
We asked our readers to tell us what they thought about the friendliness of the French and received an overwhelming number of positive responses, with many of them pointing out that at least trying to learn the language was crucial.
“In six and a half years of living in Limousin, I have had nothing but kindness from everyone I've met and interacted with – including at the prefecture,” said Judy Manville, adding that it was vital to “learn French!”
And reader Alan Howie put it a bit more strongly, saying he thought the survey was, “Absolute rubbish” and that everyone he's met since moving to Nolay in eastern France are not only welcoming but “really curious about why we moved.”
Rebecca Jackson who lives in the Pyrénées-Atlantiques department in the south of France said: “The people are friendly and encouraging, particularly of efforts to speak in French. I am sure some people are less so, but couldn't that be said of anywhere?”
And Roos van Bleyvoet said: “The French are very welcoming and helpful. It does make a difference if you speak French and engage in local social life.” These are a few of many, many posts sharing similar feelings about friendliness they've encountered in their adopted country.
While others pointed out that they had been made to feel very welcome by the French although perhaps less surprisingly they had found officials harder to deal with.
“Apart from a horrible woman at our Mairie (Town Hall) we have felt very welcome,” said Bev Lambert.
Similarly Autumn Springer said: “The people are welcoming. The government makes it difficult and unwelcoming.”
However many were quick to point out (reasonably) that this is just as true for the French as it is for foreign residents.
Making a good impression
Clearly language is crucial, not just to getting by in France but also as a way of creating a rapport with the locals. After all, it pays to show you want to belong and are willing to make the effort.
And the start to every happy friendship or even shopping experience in France lies in the power of one little word…bonjour.
The importance of saying “bonjour” in France really can't be understated and learning when to use it is the key to avoid being pegged as a rude foreigner to misunderstanding the reaction of the French themselves.
And even if you've settled into that perfect antique stone and timber home overlooking vineyards or rolling fields a short walk from the boulangerie the dream can quickly turn sour if you don't try to make friends with the locals.
In a recent article foreigners in France told The Local that it was vital to make an effort to become friends with French neighbours, especially in rural France.
Whether it's volunteering for the village fete or regularly having a drink in a loical bar or visiting the local market frequently, there are many things you can do to make France feel a more friendier place.
READ ALSO: 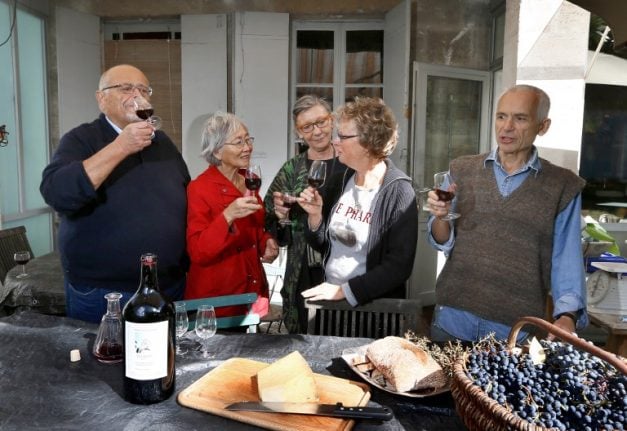 LIVING IN FRANCE
Yes, you can have both French AND expat friends in France

“When I move to France I only want to have French friends”. This is a quote from an email I received from a couple of Brits who wanted advice on where to move to in France.

They also wanted to be near a town that has a market, vineyards and plenty of restaurants and bars.

A tall order for any estate agent – which I am not, but I’m always happy to share my experience of France and to give advice where I can.

It’s a not uncommon thing, expats wanting only friends born in their newly adopted country.

Perhaps they feel it makes them belong more, or that they are making more of an effort than those who have expat friends. Some expats cut themselves off completely from having dealings with other expats.

I know of one who runs a bar, he refuses to speak English even to British customers who can’t speak French.

I didn’t even know he was an expat for the six years I went to his bar until his mum who was visiting told me. When I spoke to him in English the next time I saw him, he was upset and angry that she’d “betrayed” him and gave me such bad service thereafter that I had to go to a different bar.

There are also expats who only have expat friends even though generally, I don’t think that they wilfully set out to not have French friends, but they struggle with the language and the culture and give up.

They fail to realise that though not all French people will persevere with having mates who can’t speak French, there are plenty that do go the extra mile to befriend les étrangers.

You can have both

The thing is, you can have both.

It might be tricky having an in-depth conversation with your new French friends, but a glass of red wine helps and so does finding common ground.

For instance, asking where the best boulangerie is, or market, fromagerie or bar.

I’ve never met a French person who didn’t have an opinion, and, they love to share their knowledge. “I don’t know” is not something you will hear often from a Frenchie. Take them up on their advice, go back and tell them you enjoyed it, perhaps invite them to join you for an apéro (aperitif) as a thank you.

This means you both understand that it’s only for about an hour and will involve a couple of drinks (Champagne is always popular) and nibbles.

Etiquette dictates that they invite you back, at some point, and I’ve found they’ll often invite some of their French friends too and British friends if they have them, so you start to widen your circle of potential amis. Having French friends will help you feel part of the community and you’ll get to know more about the place you live – its history, culture and people plus where to buy the best baguettes or who can help if you have a plumbing emergency.

And, if you’re lucky enough to find another expat you get on with then why not?

Expats share a common background and heritage which can help to quickly create a bond. Being able to have a chat in English can give you a break from learning French and sharing your experiences will help you to realise you’re not alone at being confused by French bureaucracy or their love of raw mincemeat.

And what did I reply to that email? I wished them luck of course and suggested they consider moving to Champagne-Ardenne in north east France which reputedly has the lowest number of resident Brits of any mainland department in France.

Janine Marsh lives in northern France and is the author of The Good Life France: In Pursuit of the Rural Dream and editor of www.thegoodlifefrance.com