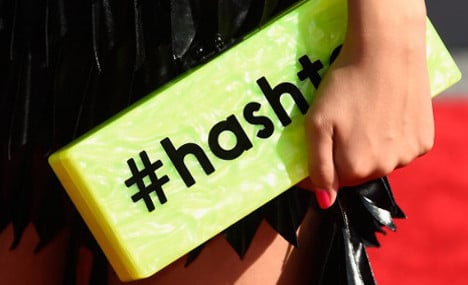 English words have been invading the French language for a long time and while young professionals in France seem quite happy to put them to use in everyday conversation, other language guardians are not.

The latest to be banned in favour of a Gallic term is 'fake news', but as always it's unclear if the alternative informations fallacieuse or the newly coined term infox will really take off.

The author, Jean Maillet, one of the most vocal defenders of French against the influx of English has even written a book calling on the people of France to do away with 100 English words that are all the rage in the French language right now.

He singles out the worst offenders and offers their proper French versions instead.

Here are some of our favourites from the book, which is called “100 Anglicismes à ne plus jamais utiliser” (which translates to “100 English words to never use again”) and which you can buy here.

Cool has become a “cool” word in French, but Maillet recommends switching to “génial” or “super”. A cool person, meanwhile, is “calme” or “décontracté”, while something that's nice is “sympa” or “chouette”

For something that's “as cool as a cucumber” try the French “qui garde son sang-froid” (keep your cool) or “qui reste impertuable, impassible, de marble” (who remains unflappable, unshaken, made of marble).

The phrase “faire son coming out” (to come out of the closet) crept into French in the 90s, but should be replaced with “rendre publique son homosexualité” (to make public one's homosexuality).

Another option is “sortir du placard”, which can just mean to reveal a secret, but more specifically is to reveal one’s sexuality. It carries slightly more negative connotations in French, so the first option is best.

In French, an alternative is the infinitely less catchy “agitation médiatiques” (agitations in the media).

“Faire le buzz” (to make a buzz) in proper French would be “defrayer la chronique” (to be the subject of gossip) or “créer l’événement” (to create an event).

As for “buzzword”, used to draw attention to a new piece of news, “mot à la mode” or “mot en vogue” (a word in fashion) work best.

The French started using “has been” in the eighties, often dropping the H so it's more like “as been”.

Maillet says there are a plethora of adjectives that are better, such as “désuet” “obsolète” “dépassé” “périmé” or “ringard”.

In French, the best current alternative is “mot-dièse”, whilst the French-Canadians prefer “mot-clic”. French authorities officially binned the English word hashtag back in 2013. Don't say “no comment”, say: “je ne repondrai pas” (I will not reply), “je n’ai rien a vous dire sur ce sujet” (I have nothing to say on this subject) or “je ne ferai aucun commentaires” (I will not make any comments).

The phrase came into French in the 1950s and should be translated as “spectacle solo” or “seul-en-scene”. If it's a one-man show in its figurative sense, try “quelque chose contrôlé par une seule person” (something controlled by a single person).

Is your restaurant “overbooké”? Well it shouldn't be. It should be “surreservation” or even the amalgamation of French and the Anglicism creating “surbooking” or “surbooké”.

If you’re referring to your own agenda (rather than a reservation), it may be best to opt for “surchargé de travail” or “occupé” instead. Interestingly, this word actually comes from the French word “une écope” – essentially a large spoon or utensil that allows you to “scoop” a large quantity of liquid in one go. Scoop also links to the verb “ecoper”; to scoop out.

It was word of the year Oxford English Dictionary in 2013 and its popularity is not just exclusive to English language. Despite the popularity of win-win, the French have a very direct and also popular translation for this one; “gagnant-gagnant”.

While “burned” can translate as brûlé, it sounds a bit too similar to crème brûlé, so the French should use “surmenage”, says Maillet.

French people sometimes say that something is “un peu borderline” (a little 'borderline'). A better option is “limite” (as in someone is limite-sexiste rather than border-sexiste. Or, Maillet says borderline should be replaced in a psychological context with “cas limite” or “un etat limite”.

The French have a lots of words to describe the word for a diary schedule. Take for example “programme” “calendrier” “plan de travail” or even “plani-gramme”. Maillet suggests if you're going to do some “French bashing” or “English bashing”, then you should instead try “dénigrement”, “éreintement”, “lynchage”, “rudoiement”, “persiflage” or “stigmatisation”.

This Americanism found its way into French in the 1990s, and should be banished today, says Maillet.Stick with “date limite”, “date butoir”, “échéance” or “délai à respecter”, all meaning deadline.

One of the many tech-related anglicisms in French, used as in “forwarder vos emails” (to forward your emails)? Faire suivre, retransmettre, réexpédier or “transférer vos “courriels” will all do.

Another ironic Anglicism seeing as cost comes from the French “coût” in the first place; a word that means the same thing.

This French verb comes from the English noun “look” and means to revamp or modernise.