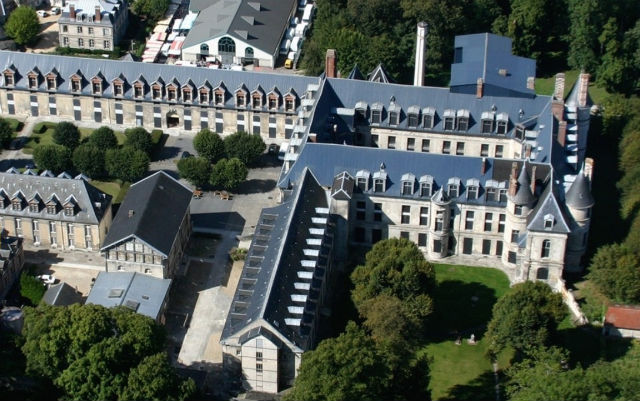 The chateau in Villers-Cotterêts, to the north east of Paris, was where a royal edict was signed in the 16th century by King François I that made French the official language of the kingdom, displacing Latin and regional languages.

The symbolism of the castle, two thirds of which has been bricked up, made it a perfect choice for the president to set up what will officially be known as the Cité de la Francophonie – which translates roughly into English as the Centre for the French-speaking community in the world.

Macron was due to provide more details about the project, which Le Monde said was likely to cost €200 million, in a speech he will give later Tuesday to mark “International Francophonie Day”.

The 90,000 m2 chateau, which is currently described as a little run-down, will be spruced up and renovated and the centre will be officially opened in 2022, but some parts will be opened well before then, with the first due to throw open its doors by the end of this year. The plan is to create a space “for all francophone (French-speaking) cultures”, a place of public debate as well as accommodation for artists, researchers and entrepreneurs, Elysée officials said.

Another reason for the choice of Villers-Cotterêts is that the town is the birthplace of one of France’s best-known writers, Alexandre Dumas, who is best known for his 19th-century adventure novels The Count of Monte Cristo and The Three Musketeers. Macron boldly claimed last November, during a visit to Burkina Faso, that “if we go about it right, French will be the first language in Africa and maybe even the world in the coming decades!”

That is a tall order for a language that was only the world's sixth-most spoken language in 2014, after Chinese, English, Spanish and Arabic or Hindi, according to official French figures.

Macron based his prediction on a study from The International Francophonie Organization which forecast that, due to explosive population growth in Africa, over one billion people will live in French-speaking countries by 2065, second only to countries that speak English.

Critics have described the statistics as misleading, noting that not all inhabitants of countries that have French as an official language speak what was once the language of diplomacy.