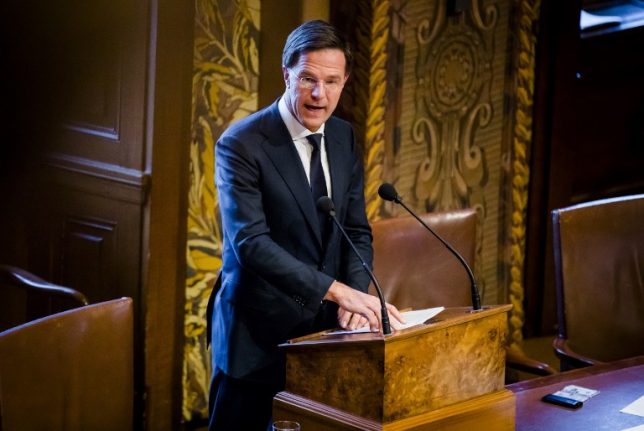 Netherlands Prime Minister Mark Rutte. Photo: Bart Maat / ANP / AFP
Rutte, who believes deeper integration is not the answer to the club's problems, told German news weekly Der Spiegel that countries would not just “nod along” to French-German proposals to shake up the bloc, particularly the eurozone.
The warning came just hours before German Chancellor Angela Merkel was due in Paris for talks with French President Emmanuel Macron, who is eager to push his vision for an overhaul of EU institutions.
“We have freedom of movement in the EU, and of course the German government can meet the French government without us being there,” Rutte told Spiegel in an interview. “But that doesn't mean that we and other EU countries agree with everything the Germans and French agree on. We won't just nod along to everything.”
Macron has called for a major reform drive to reinvigorate the European Union and deepen eurozone cooperation to respond to rising populist challenges on the continent. While Merkel has cautiously welcomed his ideas, Rutte is firmly opposed to many of Macron's plans — especially his proposal of a common eurozone finance minister and budget.
“I believe that in the first place it's every EU country's own responsibility to prepare itself for crises,” he said. “Sound finances are the best precaution.”
Rutte also objects to raising his country's contributions to the EU's budget from 2020 to plug a multi-billion-euro hole left by Brexit Britain and has called for spending cuts instead. This puts him at odds with Merkel, whose new coalition government recently committed to lifting its contributions, despite the fact that Germany, like the Netherlands, is a country that pays more into the EU coffers than it gets out.
Rutte is not alone in his criticism. Finance ministers from Denmark, Estonia, Finland, Ireland, Latvia, Lithuania, Sweden as well as the Netherlands last week issued a joint statement calling for “structural reforms” to strengthen the bloc's economic stability.
But in an implied broadside at Macron, they said more modest goals such as completing the eurozone banking union should have priority over “far-reaching proposals” for change.