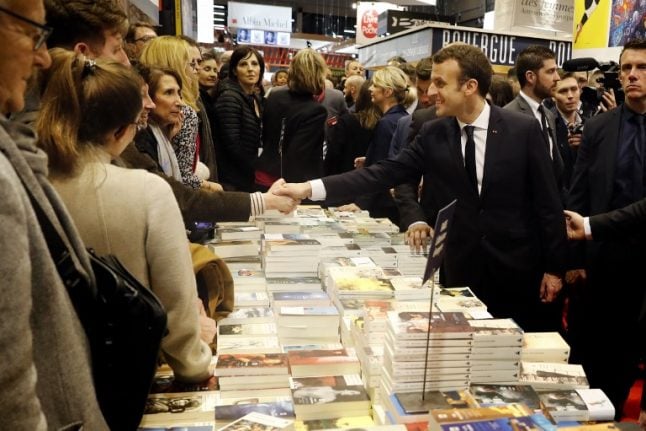 “I decided not to go to the official Russia stall… in solidarity with our British friends,” he told reporters after his visit to the fair on Thursday evening.

The snub came after France joined Britain and other allies to put the blame directly on Moscow for a poison attack on a Russian double agent in England.

The book fair every year honours a different country, and this year Russia is in the spotlight, with 38 Russian authors present at the event.

When Macron opened the exhibition on Thursday evening and declared that he would avoid the Russian stand, he also said he was in contact with London to decide on “appropriate answers to this aggression on the soil of our British allies”.

Earlier in the day, he wrote in a joint statement with the leaders of Britain, Germany and the United States said there was “no plausible alternative explanation” for the use of the Soviet-designed nerve agent Novichok in the English city of Salisbury.

They demanded Moscow “address all questions” related to the attack against former Russian spy Sergei Skripal, which they said amounted to a “breach of international law”.

Last May, just after he was elected, Macron rolled out the red carpet for Russian President Vladimir Putin when he hosted him at the sumptuous 17th century palace of Versailles near Paris.

But he was also critical of the Kremlin leader, saying during a joint press conference at the event that state-funded Russian news outlets had sought to destabilise his election campaign.