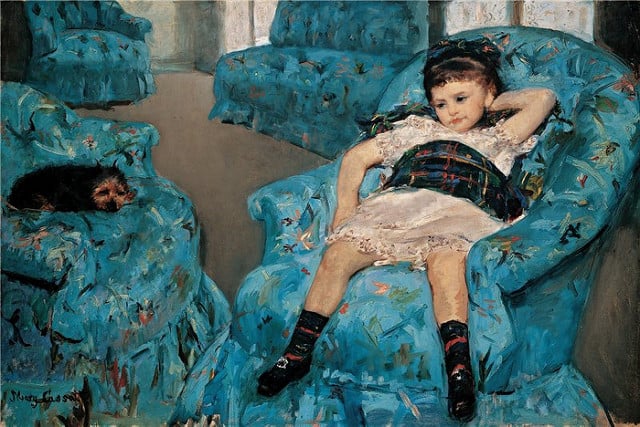 Photo: Irina/Flickr
There is no known record of the American artist Mary Cassatt giving Edgar Degas a good slap.
But in the half century the two were friends, there must have been times when she was tempted to take a swing at the French painter.
“I don't believe that a woman can draw that well,” Degas told her in 1892, taken aback by her painting “Young Women Gathering Fruit”.
On another occasion standing before one of her Japanese-style prints, he asked in disbelief, “Did you really do this?”
To top it all, Degas painted a “repulsive” portrait of his young friend — a picture that left her so furious she painted a riposte.
The sparky relationship between the pair is at the centre of the first major retrospective of Cassatt's work in Paris.
Although Cassatt is something of a national hero and female role model in her homeland, she is little known in France, the country where she spent most of her working life as the only American member of the Impressionist movement.
But the new show at the Musee Jacquemart-Andre in the French capital finally aims to put that right.
Curator Nancy Mowll Mathews said Cassatt and Degas were the oddest of couples — a feminist and the misogynist who somehow became friends for life.
“Degas could be awful, I mean really awful,” she told AFP. “He had no filter.
“Everybody had a falling out with him eventually. He said terrible things. He was a misanthrope, and could be really cruel.” Photo: AFP
Wanting to be Michelangelo
Yet when the young Mary Cassatt defied her rich Pennsylvanian parents to decamp to France to become a painter, Degas invited her to join him, Claude Monet, Auguste Renoir and the other Impressionists.
Cassatt was fiercely ambitious, Mowll Mathews said. “She wanted to be the female Michelangelo… for her paintings to hang in museums with the great artists of the past.”
Such was her confidence that she deliberately chose homely models to grandstand her talent, she added.
While her women were not pretty, they were “tall and very strong and confident — this was the image that she wanted to project of women,” the curator said.
And when men patronised her, Cassatt loved proving them wrong — producing some of the best prints of the period when others claimed that Japanese woodblock prints could not be matched in the West.
When Degas painted a portrait of her that she found “repugnant and repulsive”, she took up her brush.
She rebuked him with a self-portrait that Mowll Mathews said “swiftly corrected him. In his she is stooped over, in hers she is upright and feminine and most important of all, she is painting…”
Sexual tension with Degas
The curator is still unsure what went on between them. “Is hard to say if there was sexual tension. They were both flirts.
“I think they were both quirky and shared a sense of humour, which was a humour of abuse in a way — particularly Degas because he would say very mean things particularly to and about women.”
Luckily, Cassatt — who became so financially successful from her painting that she was able to buy a chateau near Paris — was thick-skinned.
“She wasn't that sensitive,” Mowll Mathews said. “Their relationship worked because she thought he was funny, he thought he was funny and her family liked him. He was half-American after all and both his brothers married Americans.” Photo: AFP
After the last Impressionist exhibition in 1886, Cassatt went her own way and made the “mother and child painting her own”, said Mowll Mathews.
It was a daring choice for a woman who had turned her back on motherhood.
“People could not resist saying, 'Well she didn't have any children, she never married… tut, tut.'
“So for her to continue when her private life was being dissed like this, she had to have a lot of gumption.”
The competition was also fierce from Paul Gauguin, Maurice Denis and many others.
“Most of the other mother and child specialists of the time, and they were many, have no great place in art history now, but she does,” Mowll Mathews said.
Beyond her own work, one of Cassatt's greatest legacies was as an evangelist for Impressionism in the US, where the movement had a more lasting impact on the public and collectors thanks to her than in France, said the show's co-curator Pierre Curie.
There she was a celebrity in her own lifetime, organising a show of work by herself, Degas and several Old Masters in New York to raise money for the suffragette movement.
“The message she was sending,” said Mowll Mathews, “was that in 1915 men and women were equal and both were the heirs of the great art of the past.”