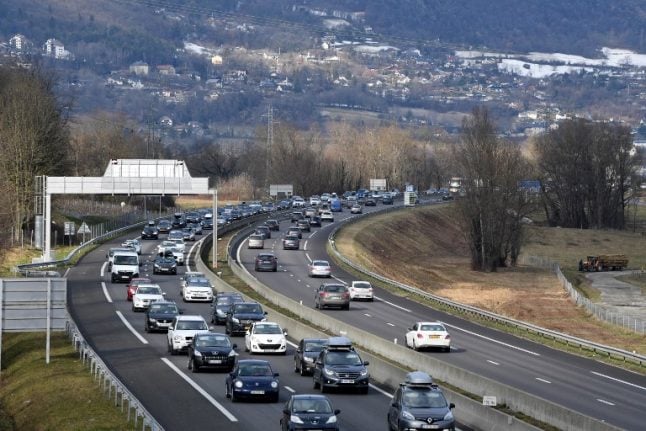 The tech-enhanced eyewear has been designed to detect signs that a driver is starting to nod off and then wake him or her with a flashing red LED light or with a sound buzzer embedded in the frame of the glasses or on a connected smartphone.

The glasses, made by the Nice-based startup Ellcie Healthy, are equipped with a gyroscope, an accelerometer, and infrared thermal and light sensors, which all work together to detect when it’s time for the driver to take a break.

Philippe Peyrard, the founder of the startup, says that improving vision will soon become just one of the things people will do with their glasses.

“There will be more and more apps (for glasses) because we wear our glasses all the time, very close to us, and 60 percent of the adult population wears them,” he told Les Echos business newspaper. The first market that Ellcie Healthy is targeting is road safety with the new glasses that detect signs of drowsiness such as head dropping, yawning, and eye blinking.

Various devices already exist or are being developed to detect drowsiness, such as a camera on the steering wheel to monitor driver alertness or car seats that can tell if the driver is starting to nod off and then trigger a warning to pull over.

But Peyrard insists that his company’s product will be the most advanced.

“Contrary to the current detection systems, the glasses frame situated very close to the face will provide much more precise information,” he said.

The glass are due to go sale late next month at the 1,200 sales outlets across France of the optician chain Optic 2000 and will cost around €250.

The glasses mount, made using 3D printing technology to be lightweight and water resistant, can be worn or fitted to a regular pair of corrective lenses, and can operate autonomously for around 24 hours before it needs recharging,

The glasses will come in a range of five different models.

Official figures show that falling asleep at the wheel is the main cause of death on France,s motorway, causing nearly a third of all fatal accidents on the motorway network in recent years.

A total of 3,693 dies last year on France’s roads, slightly fewer than in 2016, according to provisional official figures.