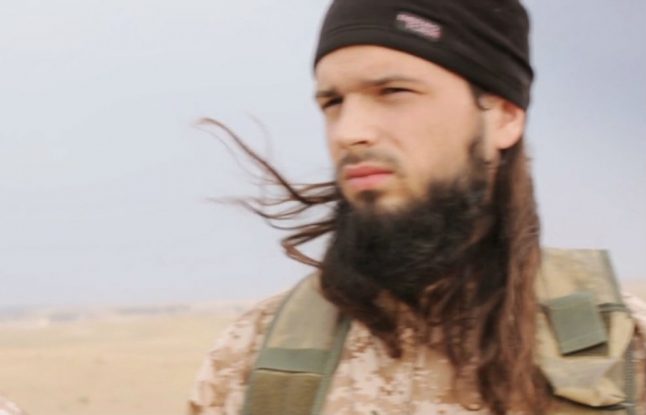 Maxime Hauchard, a convert to Islam who was from the small Normandy town of Bosc-Roger-en Roumois, died several months ago, RMC radio station reported, citing unnamed intelligence services. The cause of his death was not reported.

The 26-year-old joined Isis in 2013, travelling via Turkey to Syria to wage jihad along with hundreds of other young Frenchmen who had taken the same route.

He started using the name Abu Abdallah el Faransi after he joined Isis. Speaking from Syria, he told BFMTV that he wanted to help militants found an Islamic caliphate.

He expected “martyrdom,” he told the French news channel.

In November 2014 he appeared, with his face uncovered, in a gruesome video posted on the internet that showed the executions of US aid worker Peter Kassig and 18 Syrians.

The footage showed jihadists marching their prisoners past a box of daggers, which are picked by the executioners as they walk past with their prisoners. The victims are then made to kneel in a line and decapitated.

Hauchard grew up in an average French family, with his father a technician and his mother a minor official in the social security system.

He said he had converted to Islam at the age of 17 after watching YouTube videos. Neighbours said he grew a beard and could sometimes be seen in a long djellaba robe and attended a mosque in a nearby town.

He was charged in 2014 in absentia with murder in connection with a terrorist conspiracy.