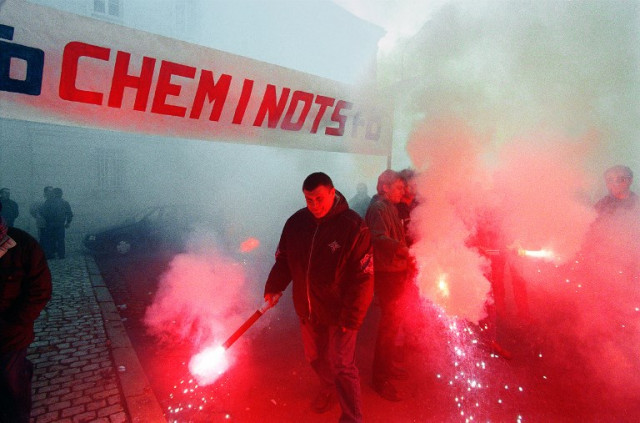 The rolling strikes will be carried out on two days out of every five until June 28 unless the government drops its plan, which includes stripping new recruits of jobs-for-life and other benefits, the CGT said after a meeting of the company's four main unions.

“The unions see no will to negotiate on the part of the government… and take responsibility for an intense and long-lasting conflict,” Laurent Brun, head of the CGT Cheminots rail union, said.

The government plans to push through its reform plans by decree in the coming months to improve services that cost 30 percent more to operate than elsewhere in Europe.

It says it must move quickly to get the SNCF back on sound financial footing before passenger rail traffic across Europe is opened to competition next year.

But unions say depriving new hires of a special status which offers job guarantees and extra pension rights is a red line.

They have already called for a nationwide strike on March 22.

The SNCF has a debt load of nearly 47 billion euros ($58 billion) and a huge pension burden — for decades drivers could retire in their early 50s.

The government hopes to introduce more flexibility in working conditions and contracts while pledging to invest 3.6 billion euros in infrastructure over the next 10 years.

The overhaul would also turn the SNCF into a publicly listed company, though the state would own 100 percent of the shares.