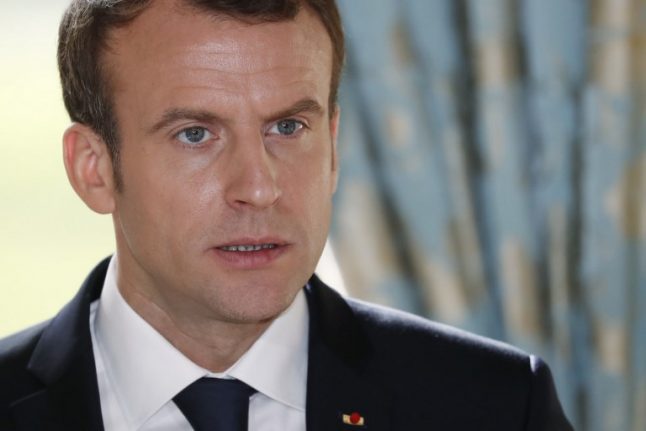 Photo: AFP
“I believe it is important for the EU to react quickly, within the framework of the WTO (World Trade Organization) and in a balanced manner,” Macron said at a press conference.
He was it “clear that these (tariffs) would go against WTO rules.”
US President Donald Trump has said he wants to set tariffs of 25 percent on steel and 10 percent on aluminium to protect US producers from what he calls unfair competition.
The plan has sparked an outcry among American allies such as Canada, the European Union, Mexico and Australia as well as China, the world's biggest steel producer.
“Nationalism is a war where everyone loses,” Macron said at a press conference with the visiting leader of Canadian province Quebec, Philippe Couillard.
The European Commission has said it is drawing up retaliatory measures against leading US brands, such as Levi's jeans and Harley Davidson motorcycles.
But Trump has shown little indication that he will back down, appearing to welcome the prospect of a trade war in a series of Twitter posts since last week.
“If the EU wants to further increase their already massive tariffs and barriers on US companies doing business there, we will simply apply a Tax on their Cars which freely pour into the U.S. They make it impossible for our cars (and more) to sell there. Big trade imbalance!” he tweeted on Saturday.
Couillard also condemned Trump's proposed move, saying Quebec would be affected because of its large aluminium industry which produces about three million tonnes per year.
“But it's American consumers who are going to pay,” Couillard said, referring to the increased prices of the metal for the end user.
READ ALSO: