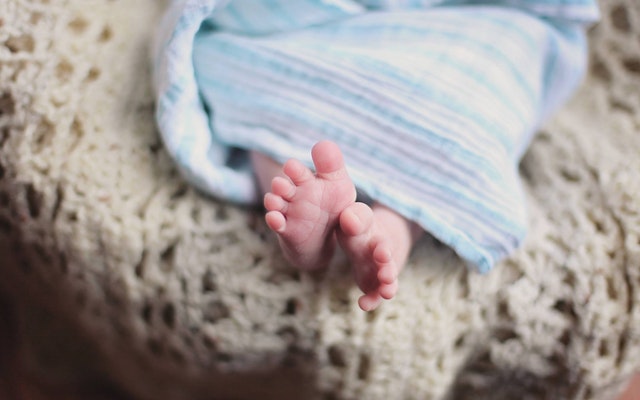 Photo: AFP
It's another month and that means another baby name wrangle in France.
But this time it isn't a rogue Breton letter that's causing all the hoo-ha or a couple's desire to name their kid Nutella or Strawberry, instead it's the name “Liam”.
The couple from the Morbihan department in the north west region of Brittany tried to give the boys name, common in English-speaking countries, to their third child, a baby girl who was born in November.
And true to form, in February the French courts stepped in, with the public prosecutor saying the name “would be likely to create a risk of gender confusion” and would be “therefore contrary to the interest of the child and could harm her in her social relations”.
The prosecutor has asked the judge to ban the parents from using the first name and force them to give “the child another name chosen by the parents and, failing that, by the judge.”
Indeed the prosecutor quoted the examples of the the maverick lead singer of Britpop group Oasis, Liam Gallagher as well as American-British actor Liam Neeson who starred in Schindler's List to support their argument, according to French press reports.
It seems the mother had already been advised to give the child “a more feminine middle name” by the registrar the day after the baby was born but she was alone at the time and did not want to make the decision without her partner.
Part of the problem could be that the French aren't used to having names that can be given to both boys and girls, with many first names having male and female equivalents, including Francois and Francoise, Jean and Jeanne, and Frederic and Frederique.
However even in English-speaking countries, the name Liam is uncommon as a first name for girls.
The parents, who wish to remain anonymous, have requested the services of a lawyer and postponed the date of the baptism.
The date of the trial hearing has not yet been set.
Parents in France often fallen foul of the rules regarding baby names.
Up until 1993 parents in France had to choose a name for their baby from a long list of acceptable “prenoms” laid out by authorities.
But the list was scrapped under President François Mitterand and French parents were given the liberty to be a little bit more inventive.
However courts can still ban names if they decide it is against the child's best interests. Names including Nutella, Fraise (Strawberry) and Manhattan have also fallen foul of the French name police in recent years.
Parents have also been banned from giving their baby traditional Breton names because the names had letters that do not exist in the French language.
In January, a Breton couple were barred from naming their son Derc'hen and in September another couple in Brittany were banned from using the name Fañch.
READ ALSO: