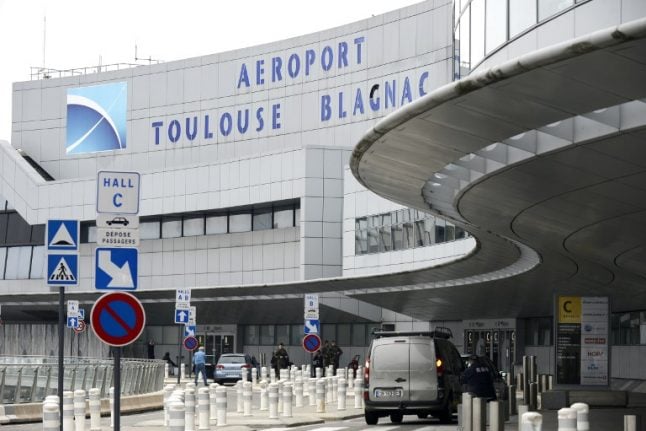 Photo: AFP
Casil Europe, a holding company created by China's state-owned Shandong Hi-Speed Group and the Hong Kong-based Friedmann Pacific Asset Management, bought 49.99 percent of the airport in 2015.
The French government had an option for selling Casil an additional 10.01 percent stake from April, as part of a wave of sales of state-owned assets.
But in December a group of local officials asked Prime Minister Edouard Philippe to refrain from selling the stake, accusing Casil of using the airport's cash reserves to maximise dividend payments instead of investing in its operations.
“We will not cede the 10.01 percent,” a government source told AFP, confirming a report by BFM television. “For now we're not going to move.”
Local governments and the Toulouse Chamber of Commerce, which together own a minority 40 percent stake in the airport, argued that even though Casil had indeed embarked on a modernisation plan, the airport needed to have a “public majority for the long term.”
President Emmanuel Macron has vowed to raise 10 billion euros ($12.3 billion) by selling state assets and stake-holdings to fund a programme to promote innovation.
The government has not tipped its hand on which companies and stakes might be for sale, but analysts say they could include holdings in energy giants EDF and Engie as well as an additional stake in Aeroports de Paris (ADP), which runs the Orly and Charles de Gaulle airports.
The Toulouse airport had a record 14.6 percent increase in traffic last year to 9.2 million passengers, making it the fifth-largest in France.
That was driven mainly by the growth of low-cost European airlines like EasyJet and Ryanair, with international flights now making up half of its traffic.
Casil Europe has said it wants to boost traffic to 18 million passengers by 2046, in large part by developing connections to Chinese destinations.
READ ALSO: