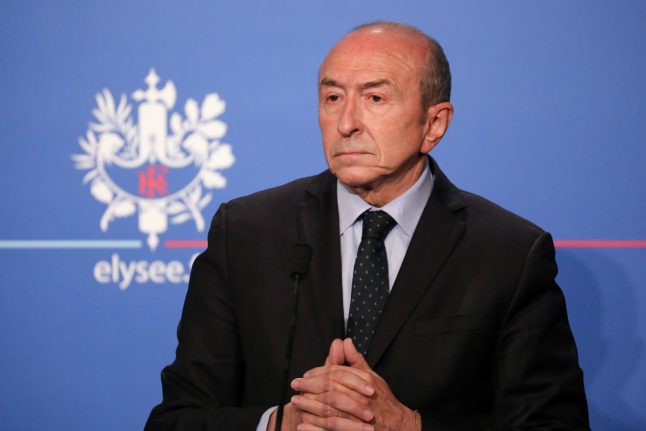 Paris is still on its highest level of alert after a string of Islamist attacks over the last three years.

“Since January 1st, we have foiled two planned attacks which had not been totally finalised but a number of people were in the process of trying to execute them,” Collomb said on Europe 1 radio.

One was “in the east” of the country and one “in the west”, he said. One of them was planned against a “big sports team” where “young people were targeted”, and the other the armed forces.

He said police had followed a number of people suspected Islamists and arrested them.

“That is how we were able to thwart” these plots, Collomb said, but declined to give further details as to the location of those held or the planned targets.

According to official figures, 20 attacks were foiled in France in 2017.

In November 2015 Paris was hit by a wave of terror attacks claimed by the Islamic State group — on the Bataclan concert hall, Paris bars and the Stade de France football stadium — that left 130 people dead.

In January of that year, two French jihadists who had sworn allegiance to Al-Qaeda killed 11 people at the Paris office of the satirical newspaper Charlie Hebdo.

A total of three people were killed in two attacks in France last year claimed by the Islamic State group – one in April on the Champs-Elysées and another in October at a railway station in the southern city of Marseille.

Last November, anti-terrorist police arrested 10 people in France and Switzerland over “disturbing remarks” they had exchanged on the encrypted messaging app Telegram.