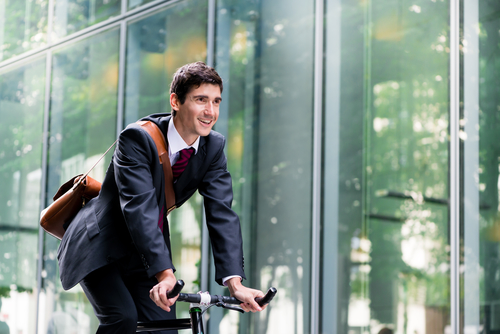 If you’re wondering whether it’s time to swap jobs in France, this list may help you make your mind up.

For the fourth year running, French business magazine Capital has launched its Best Employer in France ranking after interviewing a total of 20,000 employees from companies with staff numbering 500+.

All those who filled in the questionnaire were approached by email, without having to disclose their position within the hierarchy of their companies.

Company headquarters weren’t informed either, in a bid to keep the answers as truthful as possible.

The top spot on the ranking has been claimed by none other than Airbus, proving that being embroiled in a corruption scandal involving millions or euros allegedly syphoned off “for unknown purposes” doesn’t necessarily affect morale or general worker satisfaction.

The pan-European aeronautical giant, which has 48,000 employees in France, edged past Gaz Naturel GRDF in employees' good books as a result of “an increase in salaries and plenty of business orders”.

In third place, is Chanel Parfums Beauté aka Chanel. The luxury perfume brand has just 1600 employees in France, which may explain why its workers responded so favourably to being part of one of the world’s most highly coveted brands.

READ ALSO: Why the best place to work in France right now is Nantes Another aircraft manufacturer is in fourth place – Dassault Aviation – much smaller than Airbus with only 9300 employees but a regular in the top ten since Capital launched this ranking.

French Multinational Thales, which designs and builds everything from weapon systems, to radars and aerospace electronics, employs 34500 people in France and came in in fifth place.

Then there’s Enedis, a subsidiary of EDF, the country’s largely state owned electricity supplier. According to Capital, their emphasis on training has landed them sixth place.

In eighth, an unsurprising entry: Google France. The company with the smallest number of workers in France (700) to make the top ten.

Other big names such as oil company Total (14th) and Microsoft (18th) lingered slightly behind but still received scores higher than 7 out of 10, the computer giant offering perks such as “private top up health insurance or a care home contract”.

Air France (25th) has “improved employee morale” and sporting goods retailer Decathlon (24th) is the highest position for a low-cost brand on the list.

Swiss food and drink multinational Nestlé (27th), soon to be headquartered in Paris, is on the list again.

Christian Dior (21st) is the only partner in the multinational luxury goods conglomerate LVHM to make the top 30, whereas L’Oreal came in 23rd, praised for offering “varied career paths”.

Closing off the list are Alsatian brewers Kronenbourg, the only beer company to make it. Cheers to them!