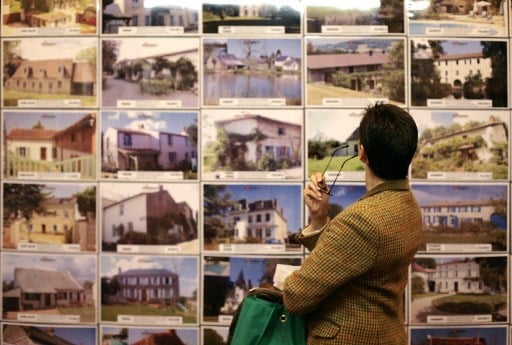 France hopes to stop its population from being priced out by the short-term rental market. Photo: SHAUN CURRY/AFP

Macron has set a precedent for city councils across L’Hexagone to drastically increase their tax on second homes.

With the aim of discouraging short-term holiday rentals that are disrupting the housing market and increasing costs for full-time residents, Macron authorized the move in the national budget in 2017.

It took immediate effect in Paris and ever since city councils across France have been following in the footsteps of the capital and tightening their grip on second home ownership.

Nice, Saint Jean de Luz and Bordeaux are some of the most notable names to have followed suit, but a total of 1,151 French councils, towns and cities with a population of more than 50,000 are eligible to impose the tax hike.

This can legally be of up to 60 percent on the basic council tax rate.

French financial daily Les Echos labeled the law as “irresistible” for local councils, alluding to the fact that cash-strapped mayors across France will take full advantage of this legislation.

Macron's move will also serve to appease local officials who were up in arms last year after he announced his plans to scrap council tax for home owner-occupiers.

READ ALSO: Are you one of the 80 percent about to stop paying council tax in France? The tax hike on second homes is also widely popular among French voters, especially for long-term residents of France’s main tourism hotspots, where finding a well-priced home or finding one at all, is becoming increasingly challenging, largely due to the monopoly imposed by the short-term rental market.

In the case of Bordeaux, it was the increase of student numbers by 15,000 and the difficulty in finding housing for them that spurred them to adopt the legislation.

According to Les Echos, by raising the tax Bordeaux city council aimed “to encourage owners to sell their property/ies, or dissuade them from offering them up for rent on Airbnb-style platforms, in a city that is truly lacking housing”.

France's national stats body INSEE reported that there are 3.4 million second homes in France, one in ten of all housing units. Paris has approximately 110,000 second homes.

According to The Times, there are 200,000 Britons whose main homes are in France and won't be negatively affected by this legislation.