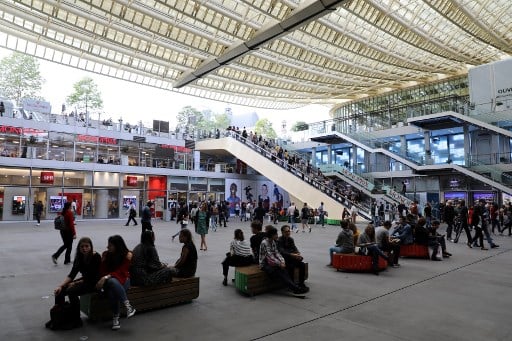 The brawl took place near Forum des Halles as dozens of shoppers witnessed the fight. Photo: Ludovic Marin/AFP
At around 8.40pm on Monday February 18, up to 20 people gathered close to the Forum des Halles shopping complex in central Paris to take part in an almost medieval battle.
Thought to all be members of rival groups belonging to Paris’s Tamil community, French TV channel BFMTV reported, some of the men are believed to have pulled out knives and fought each other to the death, or at least the brink of it.
Two people were taken to Paris hospitals after being stabbed, one several times in the back, the other in the head, abdomen and leg.
Three other gang members received treatment for injuries to their hands, incurred quite possibly while trying to protect themselves from the knives and other weapons being used by the assailants.
Police at the scene found knives, a telescopic baton and a tear gas canister.
An investigation has been opened, with the motives of the fight still officially unknown.
BFMTV reported that another Paris brawl led to the stabbing and death of a fifteen year old on Saturday.
In this case, the rival gang members did not know each other but fighting broke out after a female member from one side started to be harassed by the other clan. 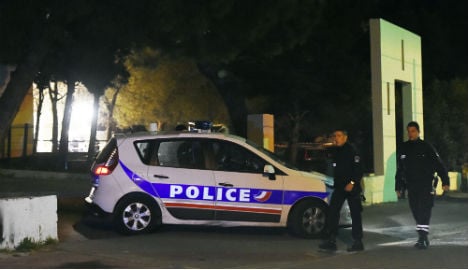