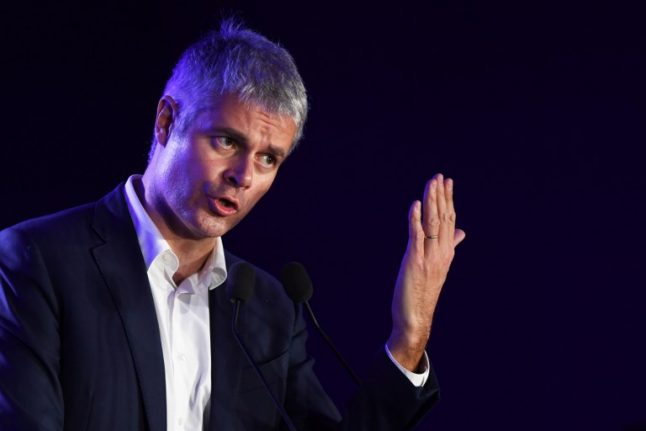 Laurent Wauquiez. Photo: CHRISTOPHE ARCHAMBAULT / AFP
In clips released on Friday, Laurent Wauquiez can be heard telling students at a business college in the eastern city of Lyon that Macron and his team “have contributed substantially to setting up a demolition cell” to attack former Republican prime minister Francois Fillon.
Fillon, the one-time favourite for the French presidency, crashed out of last year's election at the first round after it emerged that his wife was paid nearly €700,000 for a suspected fake job as a French parliamentary assistant.
Wauquiez, who has seen some more moderate members quit the party since he was chosen as the Republicans leader in December, also attacked right-wing former president Sarkozy.
He accused him of online manipulation “to pump up all his texts and emails,” in the text of his speech seen by AFP on Saturday.
The head of Macron's Republic on the Move party, Christophe Castaner, described the comments as “cynicism,” “insolence” and “conspiracy theory”.  Wauquiez “likes nobody,” he added.
Sarkozy's camp denied the “grotesque stories” and said Wauquiez had “apologised” to the former head of state.
The leader of the Republicans denounced the “illegal” manner in which his comments were recorded. He added that he had been talking “in a private setting… during a free discussion with students, sometimes in a humorous fashion”.