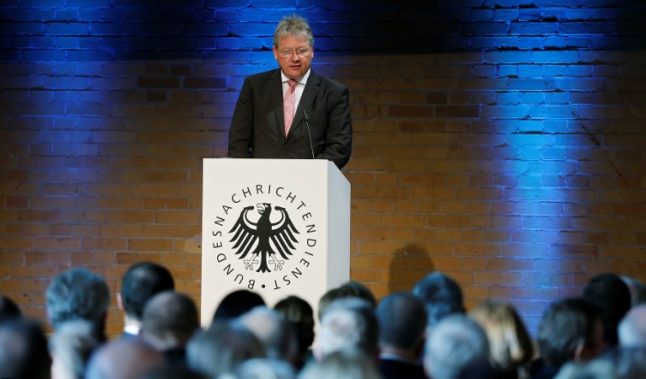 File photo of Bruno Kahl, head of Germany's BND foreign intelligence service. Photo: AFP
The rare joint statement came as top government officials and experts gathered at the Munich Security Conference in Germany for the annual review of threats facing Western democracies.
“Even after the UK's exit from the EU, close cooperation and cross-border information sharing must be taken forward on themes such as international terrorism, illegal migration, proliferation and cyberattacks,” according to the text.
The meeting was held by Bruno Kahl, head of Germany's BND foreign intelligence service; Bernard Emie, chief of the French security agency DGSE; and Alex Younger, head of Britain's MI6.
“Cooperation between European intelligence agencies combined with the values of liberal democracy is indispensable,” they wrote.
Their meeting, held on the sidelines of the Munich conference, echoed calls by other officials for joint European efforts on cyber attacks and other risks facing the EU.
Britain's Prime Minister Theresa May, meeting with German Chancellor Angela Merkel in Berlin, said she would urge continued cooperation with the bloc when she addresses the Munich conference on Saturday.
“I will reiterate that the UK remains unconditionally committed to European security and set up my vision for a unique partnership between the EU and the UK on defence, information sharing, security and law enforcement,” she said.
According to an advance copy of her planned speech, she will acknowledge that no deal currently exists between the EU and a third country “that captures the full depth and breadth of our existing relationship”.
But she will warn: “This cannot be a time when any of us allow competition between partners, rigid institutional restrictions or deep-seated ideology to inhibit our cooperation and jeopardise the security of our citizens.”