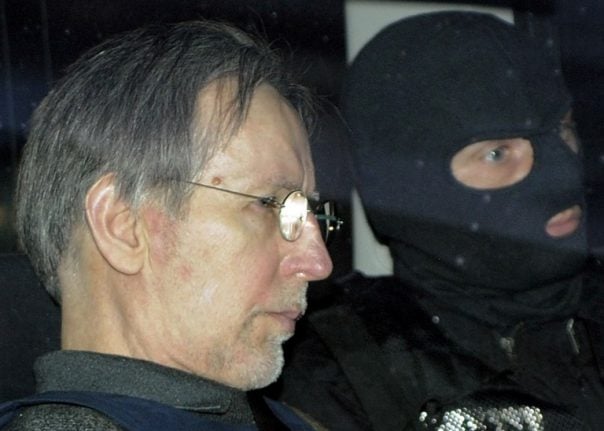 Michel Fourniret has finally admitted what was long suspected – that he killed the 20-year-old when the language student was on a university placement in France in 1990, lawyer Didier Seban said.

Fourniret, who is in prison for a series of other murders, also admitted to killing an 18-year-old mentally disabled woman, Marie-Ange Domece, in 1988 in the same region of Burgundy.

Her body has never been found. Ms Parrish’s naked body was found in the Yonne River near the town of Auxerre.

The killer made the confessions during fresh interrogations by investigating magistrates this week and last, the lawyer said, adding that he had been summoned to be informed of the new twist in the long-running case.

“This is the end of a very long battle,” Mr Seban told France Info radio station.

“We fought hard to prevent this case being closed,” he said.

Fourniret had been charged with the abduction and murder of the two young women in 2008 but the case was dismissed by an appeal court in 2011.

Fourniret was convicted in 2008 for the murder of seven girls and young women in France and Belgium and was sentenced to life in prison.

His wife, Monique Olivier  –  whose submissive relationship with Fourniret drew comparisons with Gloucester serial killers Fred and Rose West  –  was found guilty of one of the murders and assisting three others.

Fourniret is now likely to be tried for the murder of Ms Parrish and Domece.

Ms Parrish, who studied French and Spanish at Leeds University, was coming to the end of a year teaching English at a lycee in Auxerre when she was killed on May 17 1990.

She was abducted after placing an advertisement in a local newspaper offering English lessons.

Her body was later found in River Yonne near to where she lived. An autopsy showed that she had been raped, beaten and strangled before her body was dumped in the river.

Her parents, Roger and Pauline, were long convinced that their daughter had been murdered by Fourniret.

They attended the 2008 trial that saw him convicted of the seven murders.

The couple have been critical of the French investigation.

Reporters and police were allegedly allowed to enter the crime scene where their daughter’s body was found, possibly destroying vital evidence. DNA evidence and files went missing and police were accused of not properly following up various leads.