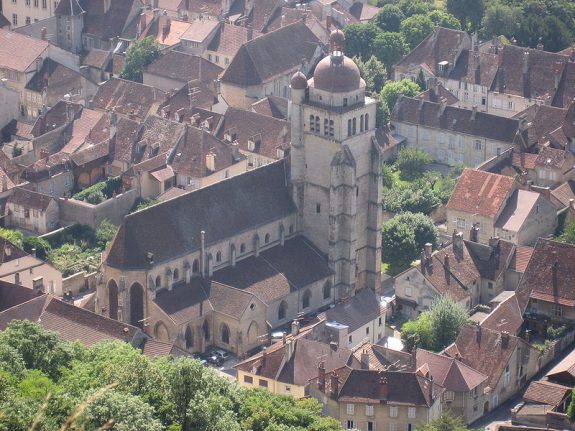 Photo: Stephen Lea/Wikicommons
Poligny’s 4,000 inhabitants haven’t ever seen anything like this.
Since February 5th, this quiet mountain town in the Bourgogne-Franche-Comté region has woken on several occasions to find washing lines with multicolored knickers, thongs and boxer shorts, hung out to dry over their market square or tied to Poligny’s most famous statue.
All of which begs the question why….and who?
“Nobody has claimed responsibility but everyone has an opinion on the matter,” the municipality is quoted as saying by regional daily Ouest France.
“Some residents must know but they’re not saying anything!“

People across France have taken to social media to make their detective work public, with the most shared theory being that the bizarre underpants act is meant to protest the impending opening of a new Centre Parks in one of Poligny’s forests.

Hanging out one’s dirty laundry may seem like a bizarre way of kicking up a fuss, but Poligny authorities aren’t bothered about the association as long as it draws in more tourism.
“What’s for sure is that this kind of action does no harm to anyone,” Poligny municipality argues.
“We’re the talk of the country now, even if the talk is a bit pants!”