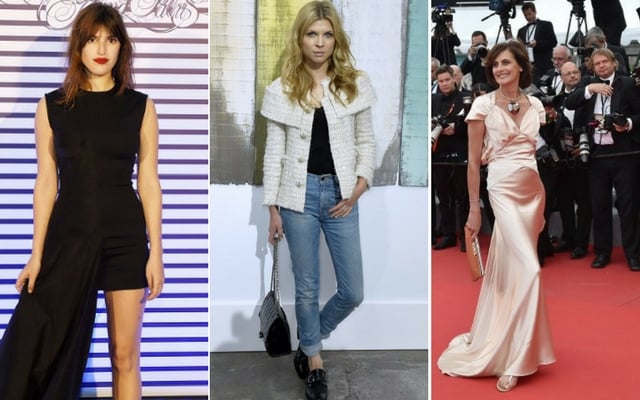 Everyone's asking the question. A Google search of “how to dress like…” comes up with “… a French woman” as the top suggestion (yes, even ahead of Justin Bieber).

And almost as many people are trying to give advice on the matter, with the internet teeming with hundreds of articles on dressing à la française.
But not all of the advice out there is reliable.
We've asked a few people in France's fashion world to help sort the truths from the myths.
Advice to keep: “Save the active wear for the gym”
“We do not wear yoga pants as real pants!” Aloïs Guinut, the French personal stylist behind Dress Like A Parisian style coaching services, told The Local.
According to Guinut, wearing your comfy leggings out and about is a surefire sign you're not a local.
Wearing “running sneakers, but actual ones not trendy ones” (i.e not the ones you wear to boxercise) is another sign you're a foreigner in France said Guinut.
Why shun the Lycra? Apparently, French women not wearing sports clothes for anything but sport is “firstly as a sign of respect for themselves and secondly as a sign of respect to those around them,” fellow French personal stylist Anélle Coetzee told The Local. Photo: Corey/Flickr and photomagaflor/pixabay
Advice to ignore: “Always wear heels”
“I have heard that some think the french ladies wear heels everyday. Well we do wear a lot of flats too!” said Guinut. “Especially those who need to walk a lot, like Parisians for instance.”
So you can breathe a sign of relief for your poor feet and pack some black ballet flats, which former model and godmother of laid back French style Ines de la Fressange recommends as one of the five items every woman needs to own.
Advice to keep: “Forget the trends”
Yes, France may have Zaras and H&Ms selling fast fashion at every corner too, but the cornerstone of French style still rests in the classics.
“I have French clients too and they never ask me about the current trends or what the colours of the moment are. However I get those questions a lot from foreigners, especially Americans,” said Guinut.
“French women are not fashion slaves but rather style followers. They will carefully review the new season's trends and select one or two items to update their look, giving solid basics a new twist,” Anélle Coetzee explained to The Local.
Building a wardrobe à la francaise means saving the money you might have spent on that fluted sleeve/off shoulder (insert current trend here) top you saw in Mango last week, and going hunting for one really well cut piece that will stick by you for more than one season.
“Use the bi-annual sales to make the most of updating your basic wardrobe with the best you can afford. Or find that one-off designer piece you fall in love with,” said Coetzee. Photo: AFP
Advice to ignore: “Wear all the typical French pieces at once”
Some magazines suggest going all out on the French look, with breton stripes, oversized sunglasses, ballet pumps, red lipstick…everything short of actually wearing a beret and string of onions.
Going overboard on the clichéd items brings to mind “fancy dress Eurovision party” more than authentic Gallic glamour. (Although berets actually made a high-fashion comeback for winter 2016, so you might get away with it as long as you don't pair it with a stripe). Photo: artjazz/ Deposit photos
Advice to keep: “Go with a neutral colour scheme”
“When done well, simplicity is all you need, plus a few blues and whites,” Nicolas Hobbs, a fashion photographer in Paris, told The Local.
You won't see too many cheap or garish colours on the streets of France. Although all black is the classic image of French chic, tan, white, blue, grey are all popular too.
And if French women do go for strong colours, they tend to pick one or two tonal shades rather than vibrant clashes. French actress Lea Seydoux showing monochrome doesn't have to be boring. Photo: AFP
Advice to ignore: “Just skip hair and makeup completely to get the French look”
Wearing what Guinut calls the “doll style” with perfect “fake” looking hair, a lot of makeup, and a french manicure immediately signals that you're a foreigner in France.
“French ladies tend to do the opposite, they get very dressy and then skip or go light on the makeup and hair. The balance creates this effortless look,” said Guinut.
“But let’s be honest this is not really effortless and only looks like it is.”
It's important to distinguish between an “effortless” look, and not putting any effort in.
“Its just an illusion,” Hobbs told The Local.
“Firstly, most people can't pull it off, and the effort goes in to making it seem easy. If it doesn't work you just add years to your appearance.”
French style icons might go for the “just got out of bed” look, but whether they actually woke up like that is another matter, “no makeup” makeup looks can be hard to achieve and perfectly tousled hair takes a fair few products.
So don't be disappointed if you wake up, chuck your clothes on and don't feel like a French supermodel stepping out the door. Actress and model Clémence Poésy sporting the “no makeup” makeup look. Photo: AFP
Advice to keep: “Say goodbye to cotton underwear”
Why can't you find some simple comfy cotton underwear in France?
“Because French women simply do not wear it,” French personal stylist Anelle Coetzee told The Local.
“They wear sexy lacy underwear everyday, bien sûr,” said Coetzee.
“It is the way we are brought up by our mothers and grandmothers. It is something we do for ourselves. To feel confident and sexy. We are women after all!”
Advice to ignore: “Never wear jeans and trainers in France”
“Some think French women do not wear jeans or sneakers. Hey maybe 50 years ago but today we do as much as in every other country,” Guinut told The Local.
But, as above, gym trainers don't quite make the cut, more petite Converse style lace ups will go down fine and high-waisted, washed out blue jeans will give off more French vibes than your go-to black skinnies. Photo: fotshot/Pixabay
Advice to keep: “Don't fear slouchy clothes”
A key lesson to learn from French style is that clothes don't have to be totally form-fitting and menswear inspired pieces can look just as flattering.
“The french are fans of loose fitting comfy shirts and tops,” Hobbs told The Local. “Try blue just to be safe.”
Part of the effortless cool seems to come from not caring if every single item of clothing shows off your best features, but thinking about how the overall look works.
For example, low-rise loose jeans and a baggy shirt might make your waist disappear and do nothing for your bum, but this outfit will highlight the wrists, ankles and collarbone, and just looks more cool than a tight fitting dress. Photo: AFP
Advice to ignore: “All of this advice”
“French girl” style has been romanticized, gushed over, and emulated so much, that we might actually be missing the point.
If your aim is to blend in and go unnoticed as a foreigner in France, then following these tips should help you achieve that.
But, as French model and music producer Caroline de Maigret said about French style, “the idea is to find the real you, and to not be a product of what society wants you to be.”
So if wearing clashing colours and a full face of makeup is your thing, then go for it. In fact, your attitude might be the most French thing you can wear.
By Rose Trigg
This story was originally published in 2017.