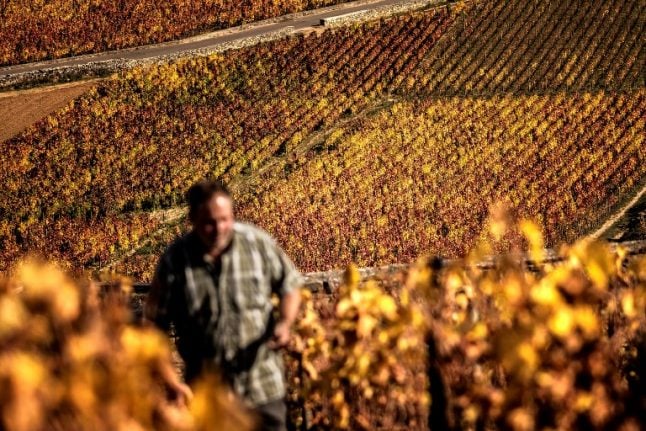 Photo: AFP
The number of 12-bottle cases shipped abroad rose by 5 percent to 198.6 million, while in terms of value exports climbed by 8.5 percent to 12.9  billion euros ($15.9 billion), according to data from the Federation of French Wine and Spirits Exporters (FEVS).
Exports of cognac led the growth, climbing by 8.7 percent in volume and 10.8 percent in value.
Exports of wine also perked up in 2017, having been held in check the previous four years due to fierce price competition, rising by six percent in volume and 9.6 percent in value.
While exports to fellow EU members returned to growth last year, but most of the expansion was due to sales further afield, in particular North America and Asia.
Shipments to the United States climbed by 10 percent to over three billion euros, making it the top export market for French wine and spirits.
Exports to China shot 25 percent higher to more than 1.2 billion euros due to the growth of the middle class and urbanisation of the population.