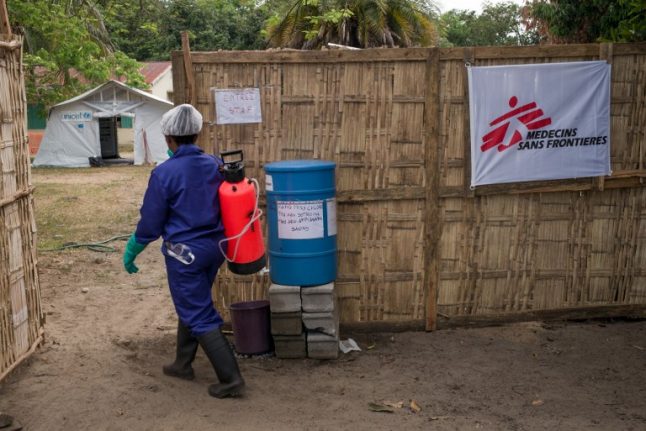 Aid group Doctors Without Borders on Wednesday said it had acted on 24 cases of sexual harassment or abuse last year as British charity Oxfam faces a storm over its handling of a sex scandal.

The Paris-based group, known by its French acronym MSF, said it had received 146 complaints or alerts last year, of which 24 were for sexual harassment or sexual assault.

The charity fired 19 staff members as a result while other employees were handed disciplinary measures or were suspended, it said in a statement.

It warned that the true figure could be higher as the 24 does not include cases reported to MSF teams on the ground that may not have been signalled to head office.

“Even though reports of abuse have steadily increased, MSF is aware that abuse goes under-reported,” the charity said.

With 40,000 staff around the world, MSF is one of the world's largest aid groups, best known for its work offering medical aid in conflict zones. The charity won the 1999 Nobel Peace Prize.

The revelations from the French group came as Oxfam grapples with allegations that some of its staff used prostitutes in Haiti following a devastating 2010 earthquake.

The scandal has led to the resignation of Oxfam's deputy head and has thrown into question British government funding for the charity, which amounted to around Â£32 million (36 million euros, $44 million) last year.

Oxfam has denied covering up the scandal but admitted it should have been more transparent.