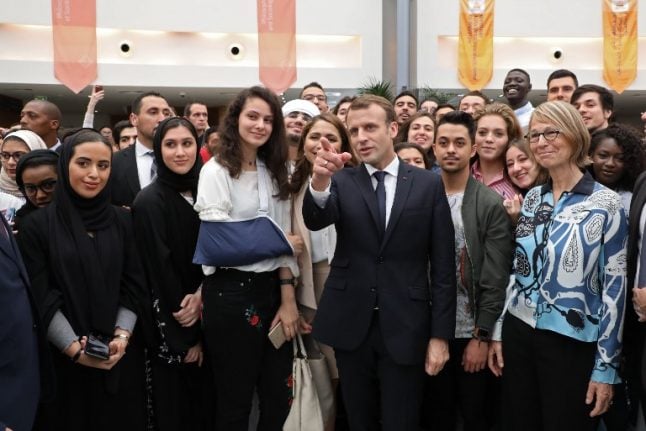 Macron took the country by surprise a year ago when he announced that, if elected, he would make all young people spend a month getting “a direct experience of military life with its know-how and demands”.

He billed it as a way to build social cohesion and patriotism in a country battling deep divisions, by bringing young people from different backgrounds together in a barracks.

But the proposal raised hackles in the army, which is already stretched thin by anti-terrorism operations in the Middle East and West Africa as well as patrols against jihadists at home.

Opposition parties and experts also warned of the costs involved in training up 600,000 and 800,000 youngsters a year.

Last week, Defence Minister Florence Parly appeared to cast doubt on the scope of the plan, saying it would “probably not be obligatory”.

But government spokesman Benjamin Griveaux on Tuesday insisted that Macron would not beat a retreat on the proposal.

“It will be universal…and it will be obligatory,” he told Radio Classique, adding that a taskforce would come up with suggestions on how to implement it by the end of April.

But in a sign not all young people may be forced to don uniform he said that the service “could also be a civic engagement”, being about “how you give your time usefully to the nation”.

France's last conscripts were demobilised in 2001, ending nearly a century of military service which saw millions of men put through their paces.

While some French men look back fondly on their stint in the army, many middle-class youths called in well-placed contacts — or feigned mental health problems – to duck out of it.

In January, Macron –the first French president to not have been called up to serve, having come of age after it ended — insisted he was not trying to resurrect the tradition which was ended by ex-president Jacques Chirac.

He said his aim was to give young men and women alike “causes to defend and battles to fight in the social, environmental and cultural domains.”

The government plans to trial the programme in 2019.