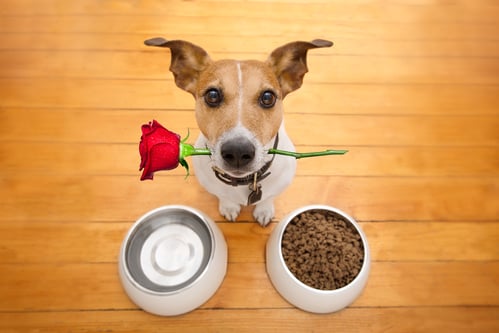 damedeeso/Depositphotos
If your other half is French, you might want to save your hard earned pennies this February 14th.
According to a new poll by Groupon and Opinium Research, nearly one in four French people would prefer to spend Valentine's Day night at home with their pet rather than celebrating the 'most romantic day of the year' with their lover.
And if you're competing with a hamster for your partner's affections then you're in real trouble.
Apparently humans just can't compete with those tiny balls of fur, with a whopping 45 percent of hamster owners saying they'd prefer to spend a night in with their pet instead of with their partners.
And it isn't only on Valentine's Day that the French are choosing their pets over their love lives.
The poll also showed that 39 percent of French people find their pet funnier than their other half and 52 percent of them say their pet is more likely to cheer them up if they're feeling blue.
For women that figure was as high as 55 percent.
One in two French people (49 percent) even say that their pet is more affectionate than the partner or potential partner in their lives.
And for one in five French people (21 percent), domestic animals are more reliable than a partner.
Meanwhile 36 percent of French people say they tell their pet secrets they would not share with their companion.
And pets aren't only getting in the way of the emotional side of relationships in France, with 21 percent of French people admitting that having a pet means they have less sex.
Even single French people say that their pet interrupts their sex drive, with 23 percent of them saying they'd pass over a chance to have sex because of their pet.
The French are also 43 percent more likely to show their friends photos of their pet than photos of their partners and 47 percent have a picture of their pet as a phone background instead of their spouse.
According to the survey, 48 percent of couples aged 18-24 would prefer to send a photo of their pet sleeping or eating to their other half instead of a sexy selfie. 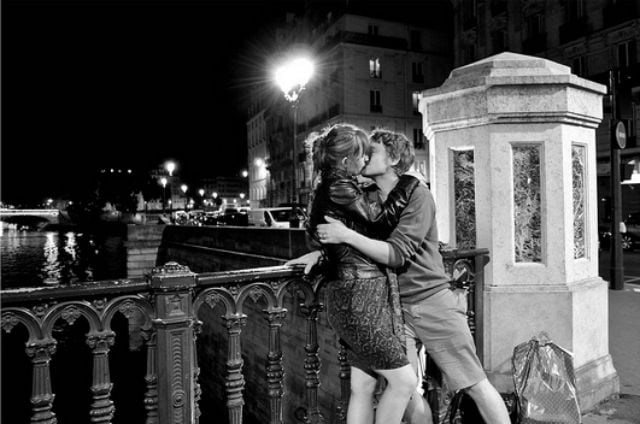 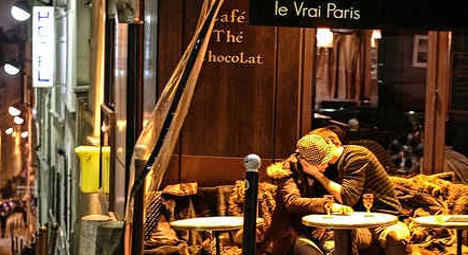 Photo: Vince24/Flickr
The streets of Paris are brimming with bi-cultural couples and, according to Rosie and Kate, this isn't so surprising.
Here they elaborate on seven reasons why foreign women love dating Frenchmen.
1. You’ll know quickly if he’s “just not that into you”
If you’re like us and you have no patience for the “chase,” dating a Frenchmen will be the easiest relationship you’ve ever had.
The French have a historical reputation for being womanizers and to be fair, it’s not completely unwarranted. But this is less true nowadays, and the more modern approach means less mind games and more women getting clear signals that they've obtained girlfriend status.
It’s actually ridiculously uncomplicated with the French since there is no real getting to know each other period before you’re officially together. Imagine you meet someone on a night out. You exchange numbers, maybe an innocent kiss and then make plans to see each other again in a couple days. When you actually meet up for your second date, if he lays one right on your lips instead of going for the cheeks, consider yourself off the market.

But keep in mind that the word “copine” doesn’t have the exact same seriousness in France as it does in the Anglo Saxon community. Ask a French guy how many girlfriends he has had and you’ll probably get a shrug of the shoulders and a unembarrassed “too many to count.”
Since girlfriend status is assumed after a couple of dates, no one can know if the relationship will be long term or not. But what we do know is that you can say goodbye to over-analyzing where you stand with the guy you’re “seeing.” If he’s French, it’ll be as clear as crystal. Okay, slightly opaque and colour-tinted crystal, but crystal all the same.
2. Tone down the PDA…Je ne comprends pas?
If you’re one of those people that just wants to throw your arms out and shout to the world when you’re in love, you've come to the right place.
The French are the absolute masters of public displays of affection. It doesn’t matter if the setting is a candlelit dinner or the vegetable aisle at the grocery store, any place is a good place to steal a kiss or playfully pinch a rump. If you’re thinking steamier than that, no one bats an eyelash at the couples rolling around in the park on a hot summer's day either.

The best part about French PDA is that Frenchmen are as keen on showering you with attention as women.
There is nothing emasculating about pulling their girlfriend in for a quick snuggle during a night out or laying a sloppy one on you at a family lunch. This rule doesn’t just extend to their girlfriends either. Mothers and grandmothers are on the receiving end of a lot of affection, so be ready to melt at the way he shows love for both you and his family.
3. The accent. Can we say more?
A sexy accent is a major bonus when living in any foreign country and the French are no different. The way they let multiple z sounds roll off their tongue when they speak English can turn any mundane phrase into a line of poetry. So when you have an actual romantic interest in said person, it melts you on the spot like a warm, gooey chocolate fondant.
But beware that this gives your Frenchman a colossal advantage over you in English. It can be hard to stay upset or really drive home your point in a debate when he’s responding back with such an adorable “but cherie, zis is just not zat possible.”
And we can’t forget the actual French language itself. You know, the one that’s nicknamed the language of love. The French can be chatting about how to efficiently clean a toilet and the singsong way they link words together sounds like an excerpt from a musical.
So when your French boyfriend is actually whispering sweet romantic nothings in your ear, while engaging in some serious PDA… ladies you’ve lost the good fight without even realizing it.
4. They’re just so… cultured and stuff
France won the location jackpot when it comes to traveling. They can count among their neighbours countries like Britain, Belgium, Germany, Spain and Italy. With numerous high-speed trains and low cost airline options, quick weekend visits to these countries are a real possibility. This means that many of the Frenchmen you are going to meet have at least spent some time hitting the beach in Spain or throwing back pints in Germany.
Traveling tends to make someone more cultured, more understanding of diversity and more aware of the world outside the bubble they live in. It’s so refreshing to date someone who can recognize the positive sides of France, like universal healthcare, and then can easily talk about how inefficient their administration system is. This ability to be self-aware due to travel experiences rubs off on you and challenges you to do the same thing about your own situation.

With Erasmus being the cool thing to do and a year abroad being mandatory in many universities in France, it’s no surprise to stumble upon a Frenchie who’s spent a decent chunk of time abroad. They can totally relate to how fun it is to immerse yourself in a new country with a different language, culture and history, but also how challenging it can be too. They’ll be your biggest critic when you’re feeling down, but also your biggest champion while you manoeuver all the cultural shocks of living abroad.
5. Love what your momma gave you
The French adore a no-effort, natural look. Some tinted moisturizer, a bit of mascara and a splash of blush and most French women are out the door. We have never heard a Frenchman criticize a women for not putting in enough effort, but we have for sure heard some zingers for putting in too much.

We both work for a multinational beauty company, so we strongly believe that makeup is a form of expression and you should feel free to do yourself up in anyway you see fit. But what’s so great about dating a Frenchman is the genuine way he tells you that you look absolutely perfect without any makeup on. His love for your natural face is a great confidence booster and reminds you that putting on make up is not something you do for him, but for you. He’s just as happy with your 8 am look as he is with your 8 pm one.
6. Let’s be tardy for this party
France is a hardcore time-flexible culture meaning everyone is usually 15 to 20 minutes later than the planned meet up time. A dinner invitation that is extended for 7:30pm, really means please come at 8pm and the host would be mortified if you did the unthinkable and showed up on time or even (gasp) early!

What’s fabulous about this and dating a Frenchie is that you can say goodbye and good riddance to those glares, sighs and “hurry up, we’re late” comments. If you’re still running a brush through your hair and spritzing on that last dash of perfume at 7:45, this is considered pretty normal and won’t earn you an over exaggerated eye roll. Any Frenchman who has grown up with a mother, sisters or cousins will be completely immune to running behind schedule, which allows you to finish up those last minute details in complete serenity.
7. Student or not, pull out that notepad
We couldn’t write this article without including the constant learning curve that every bi-cultural couple goes through. When you start dating someone from a different cultural background with different values, education and traditions, the constant discovery of new things is endless.
This can sometimes be challenging and really call into question sensitive topics around your morals and your way of doing things. But often new discoveries are as light and charming as learning that tiny pasta noodles with ham and parmesan cheese is the comfort food of all French children turned man-children. You have such different references for everything from classic movies to holiday traditions that the teaching, explaining and blending of two cultures in one home is a constant undertaking that is simply fascinating.
So fellow foreigners dating Frenchmen, what about you? What are your favorite things about dating a Frenchie? Share the love on our Facebook page.
Rosie McCarthy, originally from New Zealand and Kate Lewensten, originally from the US, have been living in France for four and nine years respectively. They both work for the same French multinational company and love documenting their take on expat life on Rosie’s YouTube channel Not Even French and Kate’s blog Unintentionally Frenchified.
Url copied to clipboard!