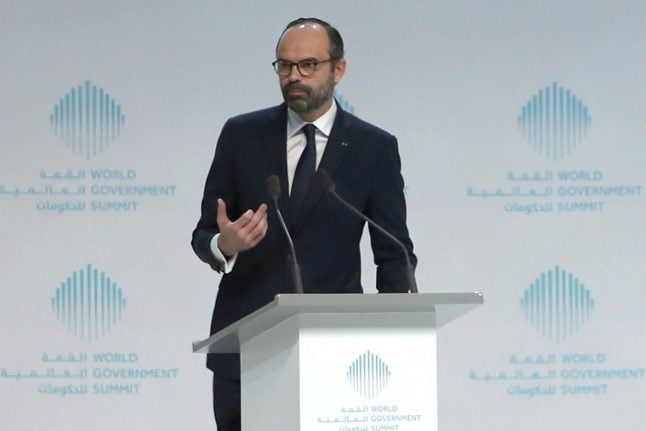 The prime minister pledged a “favourable framework for business and investment” and a drop in corporate taxes in France.

The annual summit, often dubbed the Davos of the Middle East, brings together a cosmopolitan lineup of business and political figures – with Indian premier Narendra Modi as this year's guest of honour.

Philippe sought to contrast the policies of President Emmanuel Macron with the isolationist trends of other Western nations, including Britain leaving the European Union and the election of US President Donald Trump.

On Saturday, the French premier met the heads of the two largest sovereign funds in the United Arab Emirates, as well as Abu Dhabi Crown Prince Mohammed bin Zayed Al-Nahyan.

“What I felt was their continued interest in what we were doing and prospects available in France,” he said.

No concrete agreements have yet been announced.

With sovereign funds worth more than $800 billion, but only a fraction of that — around $3 billion — invested in France, Paris is working to capture a larger share of UAE petrodollars.

“We must make our country more attractive to foreign investors, and there is work to be done,” Philippe told members of the French community living in the United Arab Emirates late Saturday, speaking on board a French military vessel docked in Dubai harbour.

It has also become a major contributor to the French-backed coalition fighting jihadists in Africa's Sahel region, pledging $30 million in December.

PARTNER CONTENT
QUIZ: Which influential Icelander are you?
Url copied to clipboard!