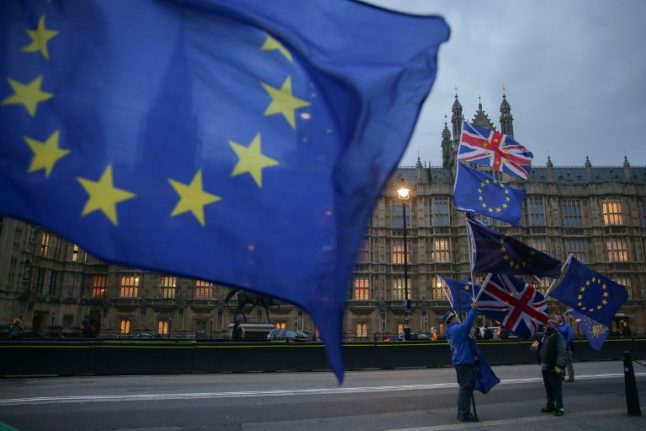 This week Britain's Conservative government restated its commitment to ending the current 15-year time limit on British expats being able to vote in general elections, claiming “strengthen the foundation of democracy”.

Long term British expats have for years railed against the time limit and fought hard for it to removed, claiming that that they are effectively cut off from the UK and left without a vote, given that most are unable to vote in their country of residence, unless they take nationality.

They were given hope when a promise to end the time limit became part of the Conservative Manifesto for the 2015 general election which was won by Conservative leader David Cameron.

But it wasn't until October 2016 that the government, which was by that time led by Theresa spelled out its commitment to introduce votes for life.

That was of course only after the bitter EU referendum, in which Brits who had been abroad for 15 years or more were barred from voting in, despite being hugely impacted by the outcome.

For those who were barred from the referendum, the words of Chloe Smith the minister for the constitution this week may ring a little hollow.

“Participation in our democracy is a fundamental part of being British, no matter how far you have travelled from the UK,” said Smith this week.

“It is right that we should remove the 15-year time limit on voting rights of British citizens living overseas and allow those who previously lived in the UK the chance to participate in our democracy.

“Expats retain strong links with the United Kingdom: they may have family here, and indeed they may plan to return here in the future. Modern technology and cheaper air travel has transformed the ability of expats to keep in touch with their home country.

“Following the British people’s decision to leave the EU, we need to strengthen ties with countries around the world and show the UK is an outward-facing nation.

“Our expat community has an important role to play in helping Britain expand international trade, especially given two-thirds of expats live outside the EU.”

But many among the British expat community in France may not feel ready to play that “important role”.

Writing in the Guardian this week Jolyon Maugham who is helping a group of British expats who are fighting to keep their EU citizenship summed up how many felt about the referendum.

“Spare a thought for the million-odd UK citizens living in Europe,” wrote Maugham

“The Conservative manifesto of 2015 promised to scrap the rules barring those who had lived abroad for more than 15 years from voting. Still, long-term British expats were denied the chance to vote in the EU referendum the following year.

“And their concerns about what Brexit would mean for their lives went unheard.”

It is not clear when exactly the 15-year limit will be scrapped, as t he government has not put forward a bill, but a private member’s bill on the topic will have a ‘second reading’ later this month, which may present an opportunity if there is sufficient support.

Many long term Brits in France may still feel it is too little, too late. Unless there is a second referendum of course.