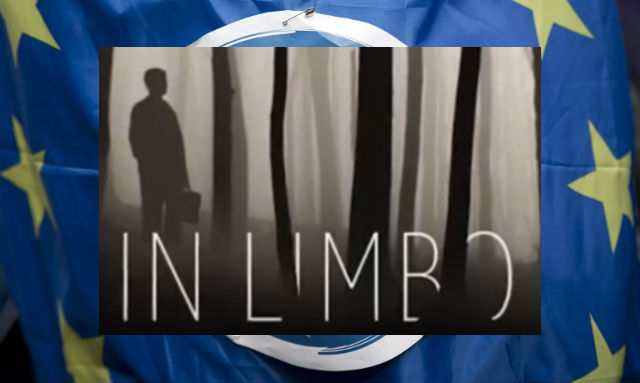 The project is being led by the campaign group Brexpats – Hear Our Voice.
British citizens living in France are invited to share their stories of how their lives have been impacted by Brexit for the book which will be called In Limbo Too.
Jan Glover from Brexpats – Hear Our Voice told The Local: “The book is a collaboration between two Facebook groups, Our Brexit Testimonies and Brexpats – Hear Our Voice.
Our Brexit Testimonies published a book last June entitled  'In Limbo', a book of testimonies from EU27 Citizens living in the UK and how life feels since the UK 2016 Referendum.
Glover, who has lived in the Charente, western France, for 10 years said: “This new book, 'In Limbo Too' is a sequel to give voice to British Citizens living in the EU27 and how their lives are effected and how they are feeling.
“We would like to have about 150 testimonies and hope to collect them all before the end of March, sooner would be better.
“There is no limit on how long or short a story is or how it is written, just written from the heart is best, also for any poets, poems would also be most welcome.”

One of the stories that will feature in the book is from her 12-year-old son Adam.

This is what he had to say about how Brexit was causing him concern.

My name is Adam, I am 12 yrs old and live in France with my Mum, Dad and Nana. I have half sisters and brother who live in England – they are much older than me.

I go to college and will be starting in 5eme in September.  I started school when we moved to France and I was just 2 3/4. I learnt French very quickly. My best friend, Romain, is French. In fact nearly all my friends are French.

We live on a farm and have pigs, ducks, chickens, a sheep and a cat and 2 dogs (they are my pets).

At the moment, when I grow up I want to be a Gendarme. I am not sure they will let me after Brexit, but this is all I have ever wanted to do.  I know I could go back to the UK when I am old enough to be a Policeman, but that would mean leaving my Mum and Dad.  And I do not think the UK will understand my exam certificates. What if I want to do something that would mean me going to another country in the EU for education or to work?  I also want to get the best exams and education I can here in France. After Brexit will France still let me go to school here?

I worry about what is going to happen to my Mum and Dad, they do not speak French as good as me and I know they would never pass an exam in French so could never get French Nationality.  What is going to happen when my brother and sisters want to visit me for Christmas, also my Aunty comes every holiday and spends time with my Nana who is now getting quite old – she could never manage having to move back to the UK if we had to go back, it would kill her.

If you would like to share your story you can email [email protected] and we will pass it on.

READ ALSO: How the Brexit vote has changed the lives of Britons in France