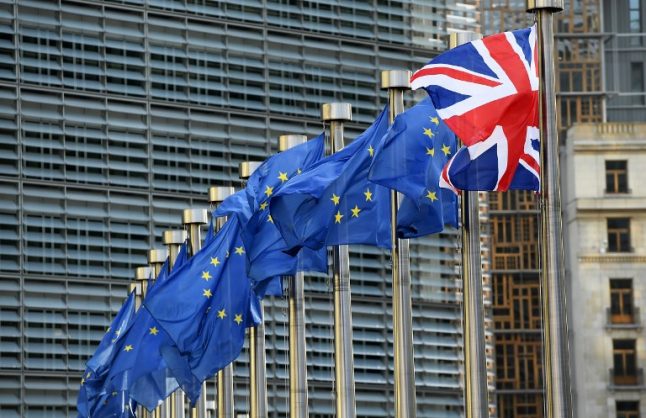 On Wednesday the British group Brexpats – Hear our Voice won a landmark ruling in a court in Amsterdam that could have a dramatic impact on the lives of all Britons living across the EU.

Five British nationals who had settled in the Netherlands asked the court in Amsterdam to refer their case to the EU Court of Justice after arguing that their rights as EU citizens could not be taken away by the Brexit referendum result.

The court agreed with their request and now a panel of judges at the CJEU (formerly ECJ)  will be asked to consider whether British nationals living in the EU automatically lose their EU citizenship rights, such as freedom of movement, as a direct result of Brexit.

If the answer is no then judges will have to rule whether any limitations or conditions can be put on those rights. The exact questions that will be put to the judges will be drawn up in the next two weeks.

But while nothing has been won yet, those groups who represent the 1.2 million Brits living across the EU, including up to 200,000 in France, stressed the significance of Wednesday's ruling.

A spokesman for Brexpats – Hear Our Voice said they were delighted with the decision and described it as the “first step in clarifying what Brexit could mean for EU citizenship.”

“What Brexit means is still extremely unclear. You cannot play with the lives of 1.2 million people as if they are pieces on a chessboard.”

The case essentially relates to Article 20 of the Lisbon agreement which stated “citizenship of the union shall be additional to and not replace national citizenship”.

So can a referendum in the UK result in that “additional” EU citizenship being stripped away? In other words just because Britain is leaving the EU can its nationals remain EU citizens and keep all the rights that come with it.

Fiona Godfrey from the pressure group British in Europe told The Local these questions “have never been tested or even looked at before”.

She said the Dutch court's ruling was a landmark decision because “it's likely to be the most important case on EU citizenship rights that the CJEU will hear.

“This gives us hope,” she said.

“It will determine what rights British citizens in the EU have going forward,” said Godfrey. “It could have huge ramifications for the entire withdrawal process.”

If the CJEU rules in favour of the five Britons settled in Amsterdam then the citizen's rights agreement struck between the EU and Theresa May's government in December last year will have to be ripped up. May had heralded the citizen's rights agreement with the EU announced back in December as part of the first round of Brexit talks for protecting the rights of British expats, but campaign groups say it “contains more holes than a sieve”.

Significantly that agreement does not cover the continued right to freedom of movement around the EU meaning British citizens already in living in an EU country will effectively be landlocked.

Other areas such as the rights of those who work across borders and the recognition of qualifications in different EU countries were also not covered by last December's agreement, that was described as a “double disaster” by British in Europe.

With official Brexit Day set for March 29th 2019 campaigners hope the CJEU will make its ruling before Britain officially leaves the EU.

If no ruling is made by March next year then British in Europe believe December's citizenship agreement will stand for nothing.

“It is clear that the EU and UK cannot finalise and sign off the final text on citizens' rights in the withdrawal agreement  until the CJEU has given its ruling and we would ask them to respect the role of the CJEU in this process,” said the group's chair Jane Golding.

All eyes are now on the judges at the Court of Justice.