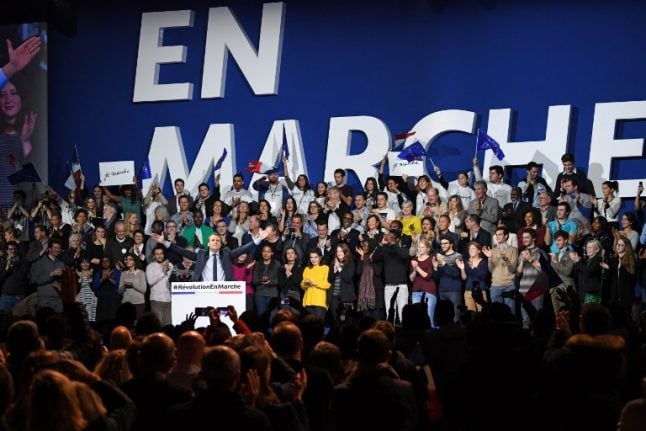 The launch of the new movement called Renew had been kept under wraps in the UK, but word has got out in France where MPs from Macron's En Marche party have been offering advice and support.

Renew will officially be launched next week, according to France Info radio, but the movement already has its own website at www.renewBritain.org. On the site Renew spells out its three priorities: renew the economy, reduce inequality and reverse Brexit and carries the slogan “People from outside politics to renew Britain's hope.”

French MP Amélie de Montchalin, a member of Macron's La République En Marche party, is one of those that has been helping Renew.

“One year ago France was like the UK and the US, looking for hope because it was feeling in despair. I think today in Britain you can look at the future with hope and I think Renew is a movement you can embrace,” said Montchalin in a video posted on Renew's website.

A meeting was held at the weekend in London, where the names of 222 future parliamentary election candidates were announced. They hope to get hat number up to 650 after the launch.

Representatives of Macron's party were reportedly at the meeting to give advice on the tactics needed to successfully launch a new party int mainstream politics.

Like with En Marche, Renew hopes to attract people from civil society who have never been involved in politics before.

“Four months ago I was an economist working for a financial company in Paris, now I am a member of the French parliament. If this happened in France it can happen in Britain too,” said MP de Monchalin.

Renew's founders believe they can emulate the success of the pro-EU Emmanuel Macron who formed his own En Marche (On the Move) movement just a year before he swept to power in the 2017 presidential elections.

Three months later En Marche, which by that point had changed its name to La Republique En Marche, defied the odds and the experts to win a clear majority in the French parliament.

“We are following the exact example of you Mr Macron,” a person described as “a French founder of the party” told France Info.

James Clarke, one of three so-called “principals” of the party – no leader has yet been named told The Local that there were no formal political links between Renew and En Marche in France.

“We've had advice and support on how to grow a new party where people are fed up with the old system. We are very happy for that informal support ad advice to continue, but we are operating under a very different system here,” said Clarke. “We are not operating with a charismatic leader.” Clarke added that such was the disenchantment with the choices on offer in the last election he believes Renew would have been launched in the UK even without the “inspiration” that was Macron's victory in France.

One of Macron's first moves after founding his movement in April 2016 was to send members of En Marche out around France to ask the public what was wrong with the country and what they would change.

Renew plans to do the same in Britain and will soon be appearing in town centres around the UK as part of its “Listen to Britain” project.

“In France the first question was 'what's going wrong in France?'.  We will do the same here,” said the member.

Renew's principal James Clarke said: “We are going round the UK listening to people to try to understand what exactly is desired by the dissatisfied majority.”

The party has not yet named a leader but more will be revealed at the official launch.

Britons in France who still deeply regret the Brexit referendum vote in June 2016 will be no doubt watch Renew's launch closely hoping they can match Macron's stunning success on the other side of the English Channel.