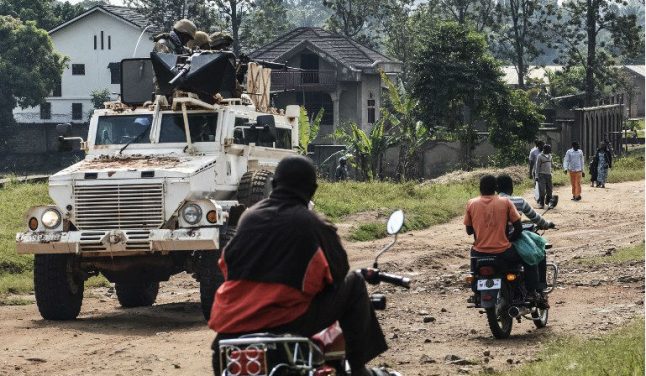 A UN personnel carrier last month patrolling the streets Munzambayi, near Beni, where the massacre took place in 2014 and 2015. Photo: Alain WAndimoyi / AFP
The government will freeze the “funds and financial resources” in France belonging to General Muhindo Akili Mundos, an ally of President Joseph Kabila, as well as those of three chiefs of other militia groups.
The notice did not say how much money or other assets they currently have in France.
The United Nations imposed sanctions on the general on Friday over the killings of at least 400 civilians in the Beni region of the Democratic Republic of Congo by the Allied Democratic Forces (ADF), a Ugandan Islamist
group, from August 2014 to June 2015.
The UN's peacekeeping mission in the country said Mundos, the commander of the Congolese army's operations against the militia, “recruited and equipped ex-combatants from local armed groups to participate in extrajudicial executions and massacres by the Allied Democratic Forces”.
The three militia leaders on the sanctions list include Guidon Shimiray Mwissa, from the NDC-R militia, who is accused of recruiting “child soldiers”.
Lucien Nzambamwita (also known as Andre Kalume), a military leader from the Democratic Forces for the Liberation of Rwanda (FDLR), and Gedeon Kyungu, who is “implicated in serious human rights abuses”, are also on the list.
The UN says the four men “pose a threat to the peace, stability, and security of the DRC”. 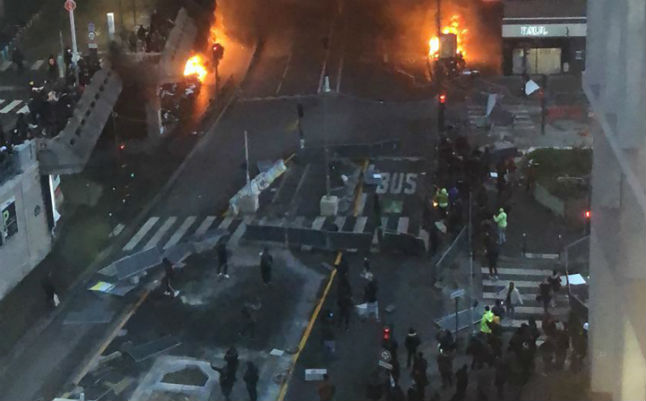 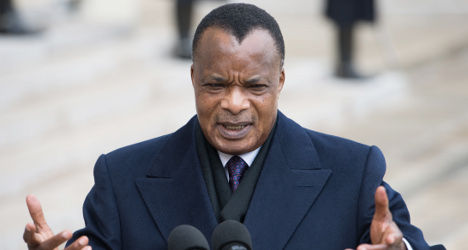