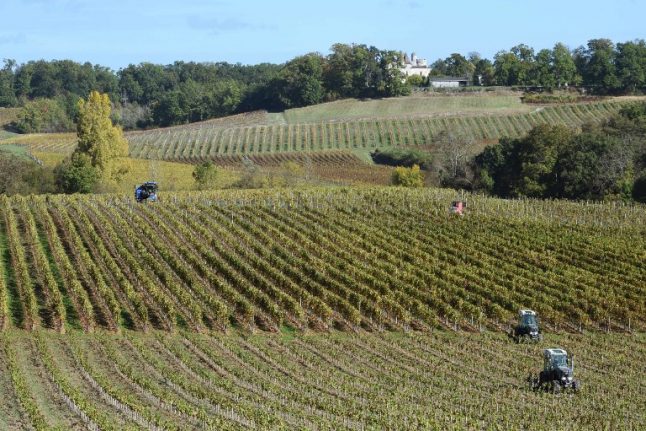 Photo: AFP
“The total harvest in 2017 was 3.5 million hectolitres, down 40 percent on 2016,” the council said, adding that vineyards in Saint-Emilion had been the worst affected.
Some chateaux in France's biggest wine-growing area had lost 80-90 percent of their harvest while others had lost none, the council added.
The final figures will be published in February. They are expected to show that 2017 produced France's worst wine harvest since 1945.
READ ALSO: Vineyards found themselves coated in late frosts twice at the end of April, ravaging the fragile shoots and buds that emerged prematurely following an unusually mild March.
To try warm the vines, some producers in Bordeaux set fires in oil drums and placed them between the rows of budding grapevines.
Vines in the northeastern region of Alsace, which produces mainly white wines, were also hit by the frost, while those in the south were slaked by thirst after an exceptionally dry summer.
There was a silver lining in the cloud, however. While quantity was down, quality was up, meaning more enjoyment per bottle.