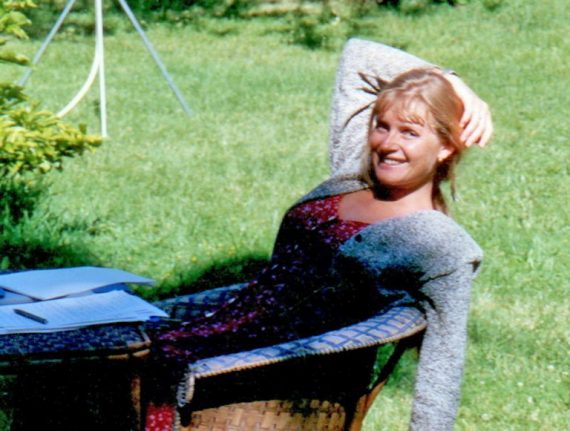 An undated image of the murdered Frenchwoman, Sophie Toscan du Plantier. Photo: AFP
Ian Bailey, a 60-year-old Briton who has long lived in Ireland, has twice been arrested on suspicion of killing Sophie Toscan du Plantier in 1996, but has never been charged in Ireland.
The 39-year-old wife of film producer Daniel Toscan du Plantier was found beaten to death at her home in County Cork in southwest Ireland.
Bailey has always denied the killing.
A French magistrate opened a separate inquiry in 2008 and later issued a European arrest warrant, but Irish courts have twice refused to extradite Bailey on procedural grounds.
But the main appeals court in Paris has ruled there are “sufficient elements” to put him on trial, his lawyer Dominique Tricaud said on Thursday.
He added that Bailey will consider challenging the ruling, which would delay the process — and given Ireland's refusal to extradite him until now, it could well take place in the defendant's absence.
No forensic evidence
“It's a relief for the family of Sophie Toscan du Plantier, even if they know that the trial won't happen immediately and will probably take place without the suspect,” said Laurent Pettiti, a lawyer for her relatives.
“The goal is that once there has been a trial and sentencing, Paris will push Dublin to finally extradite him,” Pettiti said.
The senseless killing of Toscan du Plantier, the glamorous wife of one of France's best-known film producers and a mother of one, has long fascinated in both her home country and in Ireland.
She adored the couple's isolated holiday home near the seaside village of Schull, and had gone there a few days before Christmas 1996.
A neighbour found her body in a lane outside the house in her night clothes on the morning of December 23, 1996. She had been brutally beaten in the head with a concrete block.
Bailey rapidly became a suspect, in part because of scratches on his arms — which he said he got while cutting down a Christmas tree — and a history of domestic violence.
But no forensic evidence has ever linked him to the murder scene.
Bailey tried unsuccessfully to sue the Irish state for damages in 2014 for the way the investigation was handled, though a court in December ordered that a partial retrial could go ahead.
The victim's husband Daniel Toscan du Plantier, a former boss of the Gaumont film studio, died in 2003.
Url copied to clipboard!