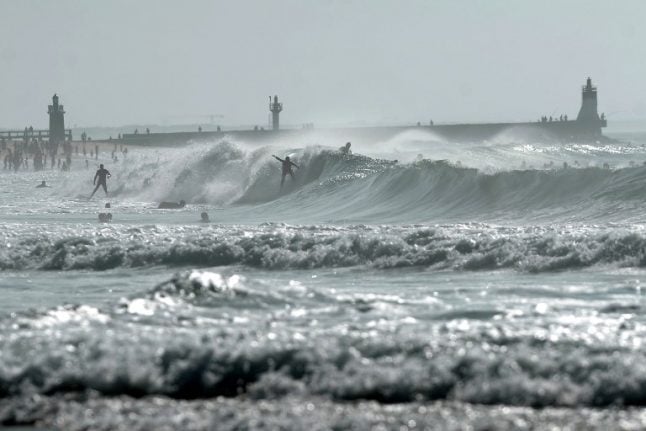 Illustration photo of Hossegor, where Agnes' boat was washed up.

Pierre Agnes, 54, had ventured out at around 7:30 am (0630 GMT) on a routine fishing trip before contacting the local harbour master to say he was delaying his return because of fog, a source close to the rescue team told AFP.

The boat washed up shortly after 9:15am at Hossegor, a famed surfing spot about 30 kilometres (20 miles) north of Biarritz, the local authorities said in a statement.

Two maritime rescue boats were heading out off the coast near the resort of Biarritz looking for Pierre Agnes, who failed to return from a fishing trip
Tuesday morning.

A helicopter was also likely to join the search for the 54-year-old, who had contacted the local harbour master to say he was returning late because of
fog, according to a source close to the rescue team.

Quiksilver, an iconic Australian surfwear company now based in the United States, recently changed its name to Boardriders, regrouping its other brands
including DC Shoes and the Roxy clothing brand.

Agnes, who joined the company nearly 30 years ago, was long based at Quiksilver's European headquarters in Saint-Jean-de-Luz, just south of
Biarritz.

Earlier this month Boardriders said it was preparing to buy its Australian rival Billabong, creating a group that would have a combined 630 stores in 28
countries.