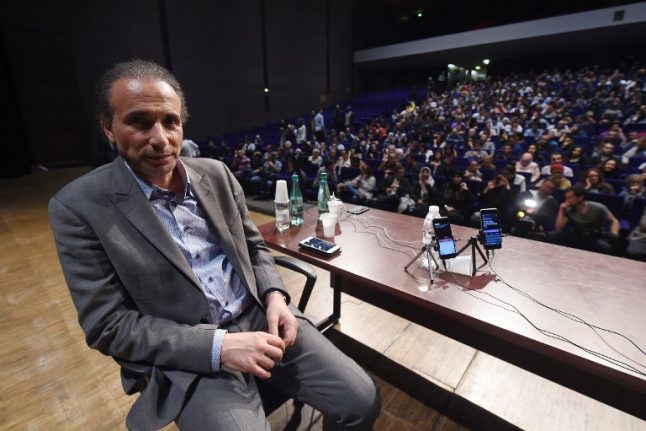 Ramadan was summoned for questioning to a Paris police station and taken into custody “as part of a preliminary inquiry in Paris into rape and assault allegations”, the source said, confirming a report by RTL radio.

Ramadan has denied the accusations as a “campaign of lies launched by my adversaries”.

One of his accusers Henda Ayari, a former Muslim fundamentalist who says Ramadan raped her in a Paris hotel room in 2012, said she was encouraged to speak out against him publicly by the “Me Too” campaign sweeping the world.

“It was the #BalanceTonPorc campaign that pushed me to reveal his name,” she told the Parisien newspaper last year, in reference to France's version of the hashtag which means “Expose your pig”.

Ayari, who lodged a rape complaint against the 55-year-old Swiss national on October 20, charged that for Tariq Ramadan, “either you wear a veil or you get raped”.

“He choked me so hard that I thought I was going to die,” she added.

She had detailed the encounter in a book published last year, without naming her alleged attacker.

A second unnamed woman on Friday also accused Ramadan of raping her in a hotel room in 2009.

Ramadan has filed counter-charges for libel and wrote on Facebook Saturday that a new suit would follow “within a few days, in response to the campaign
of lies launched by my adversaries”.

“These accusations are simply false, and betray all the ideals I have long strived for and believed in,” he wrote.

Ramadan, a professor of contemporary Islamic studies at Oxford University, is popular among conservative Muslims.  Secular critics accuse him of promoting a political form of Islam.