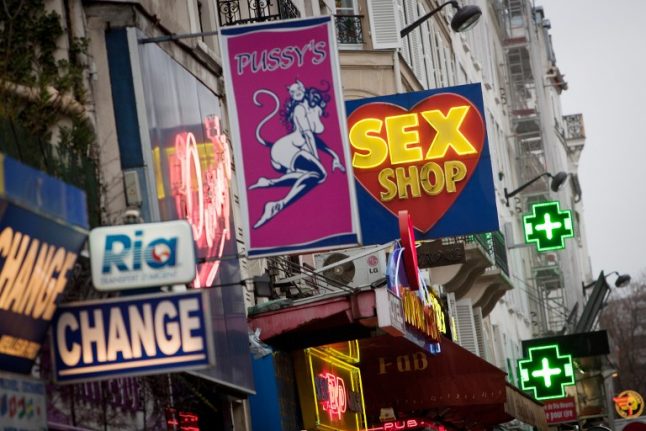 Sex shops in the Pigalle district of Paris. Photo: AFP

And perhaps with this in mind, a new brothel has opened in Paris where customers can pay to fulfill (almost) all of their sexual desires with silicone dolls.

The official XDolls site advertises that it has three different dolls on offer – Lily, Sofia, and Kim – complete with pictures of each.

The whole operation is shrouded in secrecy. In fact, the official website doesn't even offer an address for the brothel – other than to say it's “somewhere in the 14th arrondissement” of Paris.

To find the location, would-be customers have to pay for a session with a doll, which comes at a cost of €89 for an hour, €149 for two hours, and €19 for the optional virtual reality addition.

While a sex-doll brothel is new for Paris, other European cities have embraced the trend in recent years. There have been sex dolls for hire for three years in Gateshead in the UK, which made headlines for its “try before you buy policy“.

Europe got its first ever sex doll brothel when it opened in the Spanish city of Barcelona last February, our colleagues at The Local Spain reported.

“These are yotally realistic dolls, both in the movement of their joints to the touch of their skin that will allow you to fulfil all your fantasies,” claimed the brothel's website Lumidolls.

According to the creators of Barcelona's newest sex spot, the experience isn't just for fetishists but promises to be better than jumping into bed with a real, live breathing woman.

The Lumidolls website assures clients that each doll is “thoroughly disinfected” after each use. READ ALSO: So where are all these sex clubs in Paris?