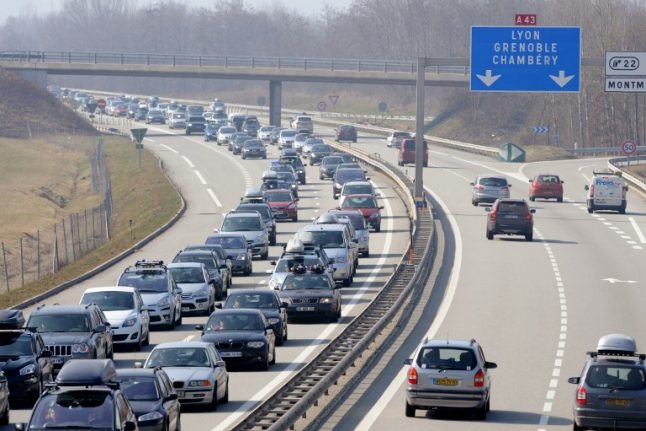 The British man was apparently on his way to Lyon airport to catch a flight home after taking part in an endurance race in the French Alps.

But instead of taking conventional transport that presumably would have been quicker and less tiring, he decided to use his legs and go via the most direct route possible – the A43 autoroute.

The young man, complete with hat and earphones, set off from Valmorel in the Savoie department of the Alps where he had taken part in a Spartan race in the snow, the Dauphine Liberé newspaper reported.

He was heading to the airport in Lyon, which stood 170km away. A little more than a gentle jog, shall we say.

But after an impressive 40 km his plans went awry. He was spotted by French gendarmes running on the hard shoulder of the A43 motorway near Tour-du-Pin in the department of Isère. “We had the sirens on and he didn't hear a thing,” a French gendarme told Le Parisien newspaper. “We told him that it's forbidden [to run on the motorway] but he did not understand why.

“He was ready to do anything to get to the airport, but you can't just run on the autoroute. It's not a running track,” the officer said.

The Briton was tested to see if he had been drinking alcohol before the police ushered him in the right direction away from the motorway.

He escaped the mandatory €4 fine.

“It's €4. That's derisory compared to the danger he was in,” said the officer.

And it's not the first time a British man has been caught running along a motorway in France, according to the police.

Apparently Britons have a reputation for running on French autoroutes, much to the confusion of the gendarmes.

“It's not the first time that this has happened, especially with British nationals,” said the gendarme. “It's odd that these people run on the motorway. It might be a national sport in the UK, but not here.”

We can assure the gendarmerie that motorway running is not a national sport in the UK.

Are you the mystery runner? We would love to hear from you. Not least to find out whether you made your flight. Tweet us @TheLocalFrance or email [email protected]

Sincerely hope you are OK.