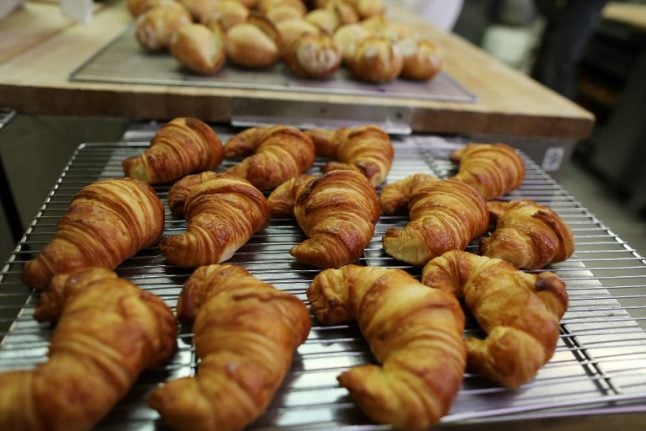 Yes, January 30th is National Croissant Day (at least in the US), so we thought we'd take the chance to take a closer look at this French delicacy. Or should that be Austrian snack…

Yep. While the croissant may just be one of the most quintessentially French things you can find, it was actually invented in Austria. The croissant – or Kipferl as the Austrians call it – was filling people up from way back in the 13th century.

2. They came to France with a Zang

It was thanks to an Austrian artillery officer by the name of August Zang that croissants made it to France. He set up a Viennese bakery in Paris at 92 Rue de Richelieu in the 1830s. The French never looked back. The bakery, however, doesn’t exist anymore – but below is a picture of it, taken in 1909. 3. The rest of the world likes to alter them

The croissant continues to evolve. In New York, you might have heard that bakers have been experimenting with what they call a “cronut” – or a croissant mixed with a donut. A less popular alternative is the British “sausage croissant”, which didn’t go down well in France at all.

The French also had a good laugh at “straight” croissants produced in the UK's Tesco supermarkets.  In February 2016 the UK supermarket giant made a startling announcement: from now on, all its croissants will be curve-less. That's despite the fact that its name literally means ‘crescent'. It’s estimated that around 85 percent of croissants sold in French bakeries are actually industrially manufactured.

5. Some bakers want them protected

In October last year, a baker from Nice asked the French government to create an official status for the “traditional” French croissant.

“I simply want to protect the croissant. This new category would help create a noble, true and 100 percent natural pastry,” the baker, Frederic Roy told The Local at the time.