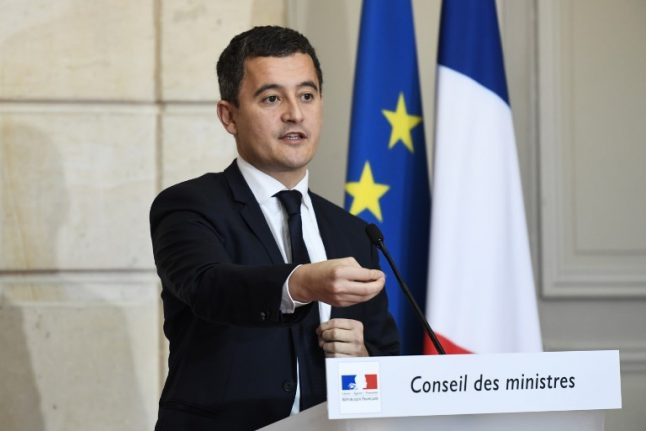 On Saturday, the Paris prosecutor's office confirmed that it had reopened an investigation into allegations Darmanin, 35, pressured a woman into sex in return for promising to help clear her name in a legal dispute.

The case comes in the midst of a global outpouring of accounts of sexual harassment and rape unleashed by the Harvey Weinstein affair.

Sophie Spatz, a 46-year-old former call girl, made a first complaint against Darmanin in mid-2017 but the investigation was closed soon after when she failed to attend questioning by the police.

In mid-January she renewed her complaint, triggering a new preliminary probe.

Darmanin's lawyers have accused her of a “crude attempt to harm” the minister's reputation and said he was suiting her for slander.

On Sunday, Justice Minister Nicole Belloubet rejected suggestions that he should resign, noting that he had not been charged with any crime.

Agriculture Minister Stephane Travert also took up Darmanin's defence, saying the principle of innocent until proven guilty should apply to his cabinet colleague, “like any other citizen”.

Darmanin, a former right-wing MP who jumped ship to Macron's centrist Republic on the Move party last year, is one of the best performers in the president's largely inexperienced team.

Spatz approached him in 2009 to seek his help in trying to have a suspended sentence lifted for blackmail involving a former boyfriend.

Le Monde quoted her as telling police that when she approached Darmanin for help he placed a hand on hers and told her: “You too must help me” and that she felt pressured into sex.

In an interview with France Info radio on January 15, Darmanin denied the allegations, saying he was “a nobody” at the time of the alleged rape and that it was “all false”.

He admitted however to having a reputation for being an insistent flirt and to “sending a few persistent SMSes”.

Socialist senator and former minister for families Laurence Rossignol was one of the few opposition politicians to comment on the affair.

“We must keep two things in mind: the respect for presumption of innocence on the one hand and respect for the word of the complainant on the other,” she said.

Four feminists on Sunday launched a petition calling on the prime minister to sack Darmanin.