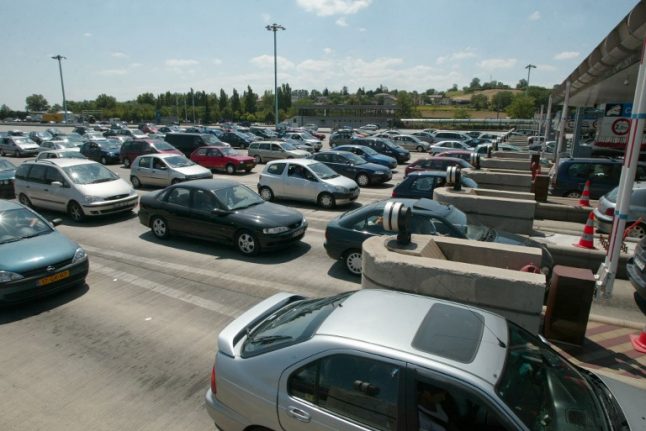 Motorway road tolls to rise by up to 4 percent in February. Photo: AFP

The price rise will be between 1 and 2 percent on the busiest motorways run by operators Vinci, Sanef and APRR, and will reach up to 4 percent on less frequented routes around the country.

The operators say they need to raise prices to cover the cost of ongoing maintenance work on the highways they run, as well as to make up for a freeze on some tolls since 2015, which they are now allowed to make up for by spreading rises over the 20 years.

It is believed the tolls on motorways in the Rhône-Alpes region of France, mainly run by the operator Area, will see the steepest rise due to the extra costs of the necessary repair works.

But according to the rules set by France’s rail and road regulatory body (Arafer), the price rises are not justified. It said in a report in June last year that toll price hikes to help pay for the upgrade work should be between 0.1 and 0.4 percent a year up until 2021.

The rules state that the price hikes of motorway tolls must take into account inflation, a rise in the charge levied by hte state and the cost of any repair wrks that need to be carried out.

The consumer magazine 60 Millions de Consommateurs last year published a study that said of 29 motorway routes it had looked it, 28 had hiked their tolls by more than 5 percent between 2011 and 2017.

It said that the route between Bordeaux and the town of Pau in the Pyrenees mountains saw the biggest rise, of 16 percent.