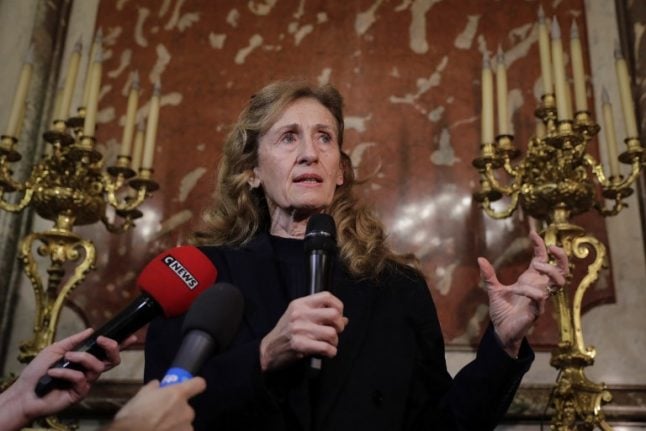 French Justice Minister Nicole Belloubet . Photo: Thomas Samson/AFP
“Of course if there was a question of the death penalty, the French state will intervene,” justice minister Nicole Belloubet told a host of French media outlets.
Pressed on what this meant, Belloubet said France would “negotiate with the state in question… on a case by case basis”.
An Iraqi court sparked controversy last week after condemning to death by hanging a German woman of Moroccan origin after finding her guilty of belonging to the Islamic State jihadist group.
The group has carried out scores of atrocities in Iraq and Syria since proclaiming a “caliphate” there in 2014 and has also been behind a string of attacks in Europe, including the 2015 Paris carnage that left 130 people dead.
Several dozen French nationals are believed to currently be held in detention in Iraq and Syria after an international military coalition rolled back the jihadists' advances.