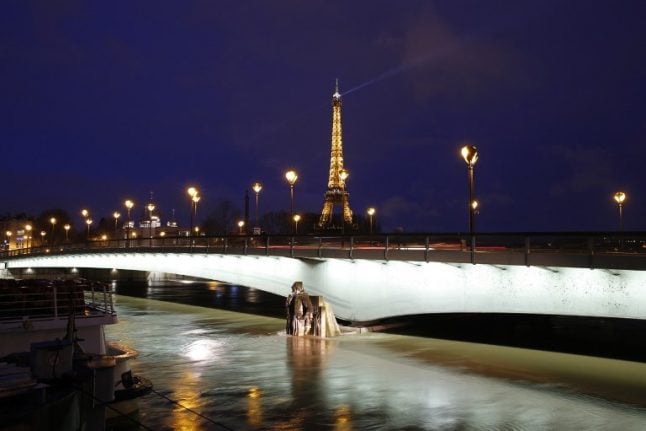 Friday morning saw the Seine's water levels reach 5.5 metres and they're expected to hit a peak of around 6 metres on Saturday.

Experts have predicted that the river could even reach 6.2 metres, which would surpass the level of the 2016 flood by ten centimetres. That's still a long way below 8.6 metres – the level the Seine reached in the 1910 “flood of the century”.

The height of the Seine is measured not from the riverbed but from a point located at the Austerlitz bridge — but 6.2 metres is three to four times its usual level of between one and two metres.

The entire Paris region (Île-de-France) has been put on orange alert, the second-most severe level of warning from weather agency Meteo France.

When an orange alert is in place people are advised “to be very vigilant” due to the danger. The public are advised to stay away from the water's edge.

Val de Marne, the department to the south east of Paris, has seen hundreds of resident evacuated as a precaution. Authorities have forbidden people from taken boats onto the river, and the museums along the water's edge are under surveillance.

River traffic has long been halted on the Seine, which is normally packed with tour boats and owners of the city's picturesque houseboats worry their vessels might be lifted onto the quais.

The RER C train line which runs alongside the river has been suspended in the central section, and the line is expected to be out of action until January 31st.

All Metro stations are currently open although services have been affected by the floods especially on line 7 where water has got on to the tracks. Sand bags have been piled up at the Pont Neuf station, on the right bank of the river.

Two reports published in 2013 raised the alarm bells after stating the French capital remains dangerously unprepared if a major flooding of the Seine river were to occur in the near future.