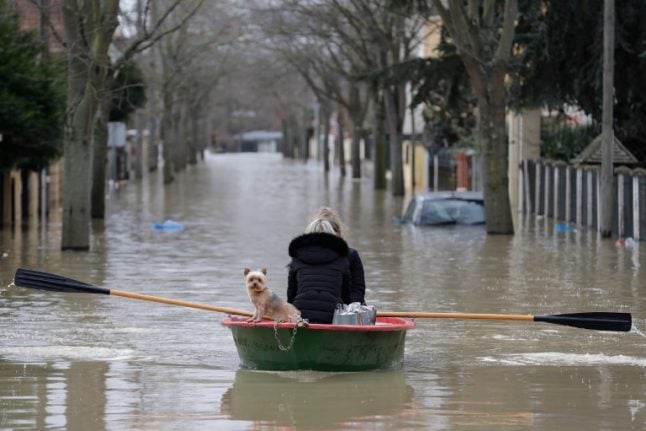 In total, 15 departments were on orange alert for flood risk on Thursday morning, according to France's national weather agency Meteo France.

Orange is the second highest alert and when in place people are advised “to be very vigilant” due to the danger. The public are advised to stay away from the water's edge.

Four other departments, Puy-de-Dome, Loire, Cantal and Haute-Loire were on alert for snow and ice. In Val-de-Marne to the south east of Paris, military trucks have arrived to help evacuate residents of the town. Elsewhere in France, including Paris, transport lines and school bus services have been shut down and river banks across swathes of the country are no go zones.

Here are some of the most dramatic images from the floods: The swollen river Rhone in Lyon Kehl, at the French-German border