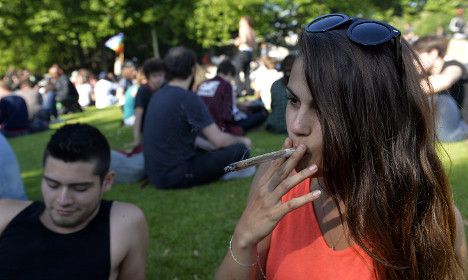 The French government announced on Thursday that it will slash fines as part of a new policy on cannabis use but that it will not pursue decriminalisation of the drug.

Cannabis use is on the rise in France, with around 700,000 people estimated to use the drug every day.

“We are going to introduce simplified fines for this offence,” said Interior Minister Gerard Collomb.

Collomb said further action against offenders would remain an option, adding: “Therefore there will be no decriminalisation for cannabis use.”

France's current laws around drug use are some of Europe's strictest, providing for fines of up to 3,750 euros and prison sentences of up to a year.

In 2015, the last year for which figures were published, 140,000 people were arrested for drug use offences, though only 3,098 were given prison
sentences.

“In the past, police officers and judges would spend a lot of time on procedures which ended in formal warnings being given, so it didn't serve any purpose,” de Rugy told BFMTV/RMC television.

Decriminalisation of cannabis and other drugs has been a hot topic in France in recent years, with those advocating such a course facing accusations of being soft on crime.

Police unions and judges have also expressed their opposition to any softening of the law.

Some other Western countries have recently moved towards softer penalties for cannabis use, with several US states legalising recreational use altogether.

Germany, Belgium and Italy are among those European states that have opted for decriminalisation.