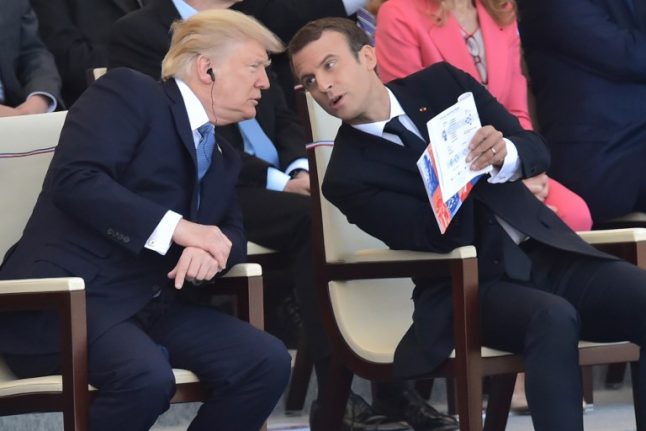 US President Donald Trump has invited his French counterpart Emmanuel Macron to the White House later this year, a US official told AFP.

Macron's trip, whose date has yet to be decided, is the first state visit announced by the White House since Trump took office a year ago.

The two leaders, who have met several times, have good relations, despite fundamental disagreements on such issues as climate change.

The French president, who deplored Trump's announced intent to pull out of the 2015 Paris climate accord on curbing global warming emissions, has openly expressed hope that his “friend” would change his mind in the coming months or years. Macron himself hosted Trump, 31 years his senior, with much pomp and circumstance on July 14 in Paris.

Trump had expressed admiration for the military parade on Bastille Day, France's national celebration, and spoke of organizing a similar display in Washington on July 4, America's Independence Day.