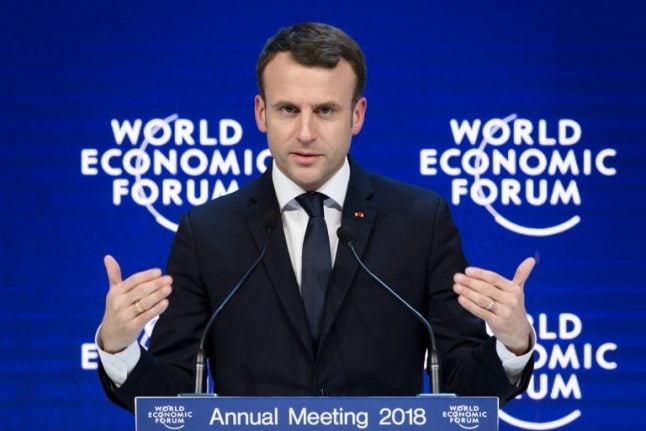 “France is back at the core of Europe,” Macron said in English in a highly anticipated speech, before switching to French to outline his vision of a new “social compact” for globalisation.

Speaking in English, he touted his own economic reforms.

Macron, a former Rothschild investment banker, is the darling of this year's World Economic Forum.

He spoke on the eve of the arrival of protectionist US President Donald Trump, who will be a controversial presence in Davos.

Macron took the podium after German Chancellor Angela Merkel, who stepped up to the defence of global free trade as business and political leaders braced for Trump's arrival.

“In terms of trade we're moving towards greater protectionism… we're undoing what globalisation has been able to achieve,” Macron said.

The French leader last came to the forum as a government minister in 2016. He used that visit to make contact with global big bosses, helping build his international credentials 18 months before the French elections that brought him to power.