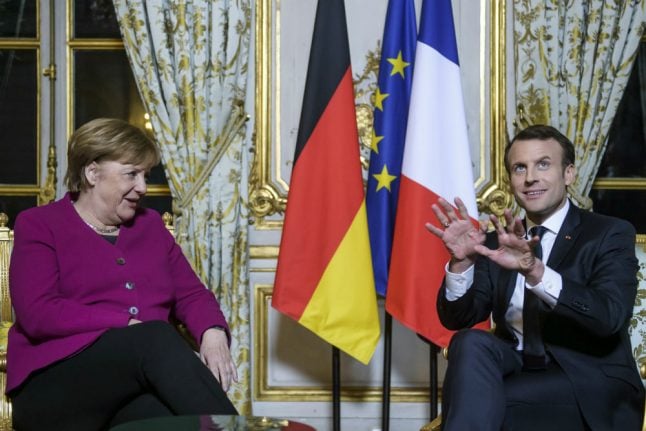 In simultaneous sessions, lawmakers in both countries debated a resolution for an updated Elysee Treaty to renew their bond more than half a century after the original pact sealed their nations' post-war reconciliation.

Bundestag president Wolfgang Schaeuble said the 1963 treaty had transformed relations “for the better” but that a fresh impulse was needed to respond to a changing world.

“We can feel the expectations upon us, including from our neighbours,” he said in Berlin's iconic Reichstag building.

De Rugy echoed the sense of urgency in his own speech, delivered in German, and stressed the countries' role as the twin motor of the European Union.

“Although Europe is about more than just Franco-German cooperation, strengthening our countries' cooperation is a condition for a stronger Europe,” he said.

“Citizens must finally be placed at the heart of the European project,” he said.

The resolution for a new Elysee treaty was overwhelmingly approved by German MPs.

French MPs will vote on the same resolution later on Monday, after an address by Schaeuble to the National Assembly in Paris.

Signed by then French president Charles de Gaulle and West German chancellor Konrad Adenauer, the original Elysee accord formalized the cooperation between the former foes that went on to become a building block of European unity.

The plea to update the Franco-German bond comes as President Emmanuel Macron is pushing to overhaul the eurozone and deepen EU integration, proposals for which he needs Chancellor Angela Merkel's blessing.

The reform drive has been on hold however as Merkel struggles to form a new government four months after inconclusive elections.

But in a boost to Macron, Germany's pro-EU, centre-left Social Democrats on Sunday agreed to begin formal coalition talks with Merkel's conservatives.