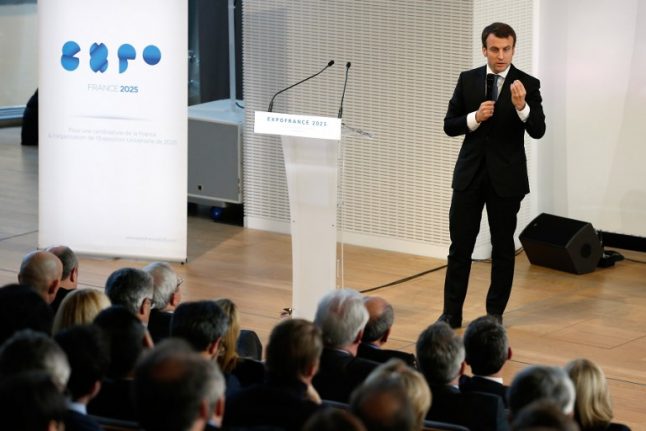 The decision was revealed by the Journal du Dimanche newspaper on Sunday after Prime Minister Edouard Philippe announced it in a letter to organisers onFriday.

Philippe said the French bid for the event, which sees nations from around the world showcase their achievements, was being called off due to “adjustments in public finances” as the country seeks to slash its deficit.

France has not hosted a world expo since 1900, a year after a similar show saw Paris unveil its Eiffel Tower.

President Emmanuel Macron had previously given his backing to the plan, saying it would give France a chance to “contribute to new global ambitions”.

The successful host country will be announced on November 15.

Paris regional chief Valerie Pecresse denounced the decision to drop the French bid as “rushed”, complaining the prime minister had “unilaterally decided that the economic model won't allow it”.

Philippe said in his letter that the plans did not have adequate contingency plans for what would happen if attendance was lower than expected.

He also expressed concern about a shortage of private partners signing up.

France is already preparing to host two major international events in theform of the 2023 Rugby World Cup and the Summer Olympics in Paris a year  later.